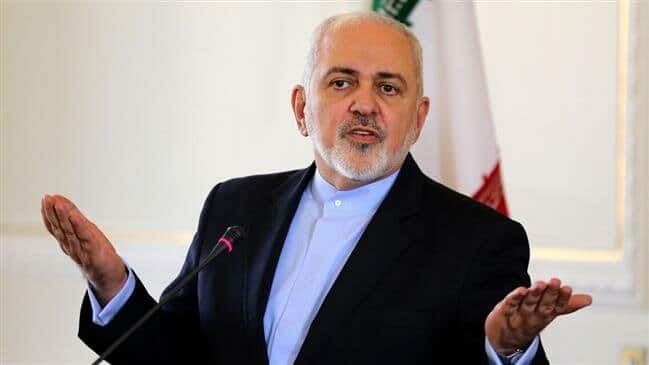 “The Americans have imposed any sanctions they could on the Islamic Republic. What they are doing now is sanctioning an entity which has been sanctioned before under a different pretext,” Iran’s top diplomat told reporters in New York on Friday.

“The new sanctions are aimed at blocking Iran’s international transactions and its access to food and medicine. This move is unacceptable and dangerous,” Zarif added.

Earlier on Friday, US President Donald Trump announced the move and added that the sanctions imposed on Iran’s Central Bank were the highest sanctions ever imposed on a foreign country by Washington.

In response to the move, Iran’s Central Bank Governor Abdolnaser Hemmati described the new sanctions a sign of Washington’s inability to exert “leverage.”

Ever since quitting the landmark 2015 nuclear deal with Iran – known as the Joint Comprehensive Plan of Action (JCPOA) – in May 2018, Trump has been running what he refers to as a “maximum pressure” campaign, which seeks to pressure Iran into negotiating a new deal that addresses its ballistic missile program and regional influence.

Under the deal, Iran was committed to export its stockpiles of low enriched uranium exceeding 300 kilograms and heavy water exceeding 130 tones in order to stay within limits agreed to under the JCPOA.

Earlier in the week, Zarif said that Tehran had always remained committed to its international commitments but Washington should first show that it is trustworthy before it could be allowed back to negotiations with Iran over the future of the JCPOA, whose other signatories are Britain, France, Russian, China plus Germany.

His comments echoed recent remarks by Leader of the Islamic Republic Ayatollah Seyyed Ali Khamenei that Iran’s commitment means the other side should also fulfill its obligations if it really wants to work with Iran.

On Friday, Zarif also insisted that if the US wanted to join discussions regarding the future of the JCPOA, it must first end its economic war against the Islamic Republic and then become an official member to the deal – as 5+1 – or a guest – as 4+1.

Iran, which had been fully complying with all of its commitments despite the US pullout and the European shortfalls, began scaling down its commitments to the JCPOA in early July.

On September 14, Yemen’s Houthi Ansarullah fighters conducted strikes on two of Saudi Arabia’s oil facilities, in Abqaiq and Khurais. The attacks led to a halt in about 50 percent of the Arab kingdom’s crude and gas production, causing a surge in oil prices.

The Houthis publicly took credit for the attacks, but US Secretary of State Mike Pompeo swiftly blamed Iran.

Tensions have significantly risen as a result of the accusations leveled against Iran, which Tehran has rejected, and there has been speculation that the US may take military or other forms of action against Iran or Iranian interests.

Zarif has already warned that a possible military strike against Iran by the US or Saudi Arabia would unleash an “all-out” war in the region.