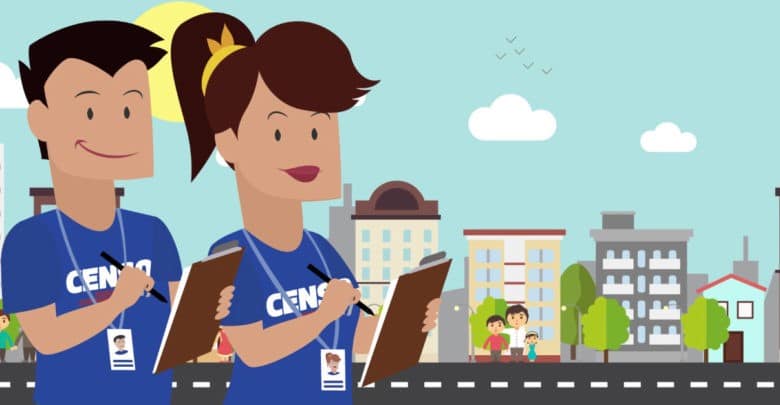 The XV Population and Housing Census of Venezuela begins this Friday, September 20, in seven parishes of Caracas in its public phase and then will be held in the main cities of the country, the Minister of Planning, Ricardo Menéndez announced.

The Minister for Planning, in an interview of the 360º show broadcast by Venezolana de Televisión (VTV), stressed that this XV Census is mandated in the “Plan de la Patria”, which will make an important leap within the National Statistical System that will simplify [legal] processes.

He explained that it is divided into two large stages, the first has to do with a Real Estate ID and the second has to do with the compilation of data through a QR code label.

He said that previously in Venezuela, during the first phase there was “the registration of real estate units, now there is a leap and that registration is now called the Real Estate Certificate, it is the great instrument, a great strength that the citizen will have in the process of transaction simplification”.

The second phase of the census was the census registration, where a series of questions were asked to collect data; “When the label with the QR code is fixed, with which we will be able to subsequently have a unification of the data linked to municipal “catastros” (real estate records offices), we will have for example linkage with all public systems in the country, all procedures of the real estate issue.”

He stressed that the Real Estate Certificate will allow all database systems, synchronization and simplification of procedures to optimize the dynamics of the Venezuelan state, as well as the public policies it carries out.

The Vice President of Planning pointed out that the census will be carried out in waves and the schedules that will be planned will be announced, “in a moment the whole country will be in the rising wave.”

He stressed that there is a circumscribed process in the urban case, which has to do with a special emphasis that is being carried out in the area of the Venezuela Great Housing Mission, precisely because these did not exist in 2011, which has led to a lack of cartographic update, the other to the rural sectors and another with the indigenous peoples.