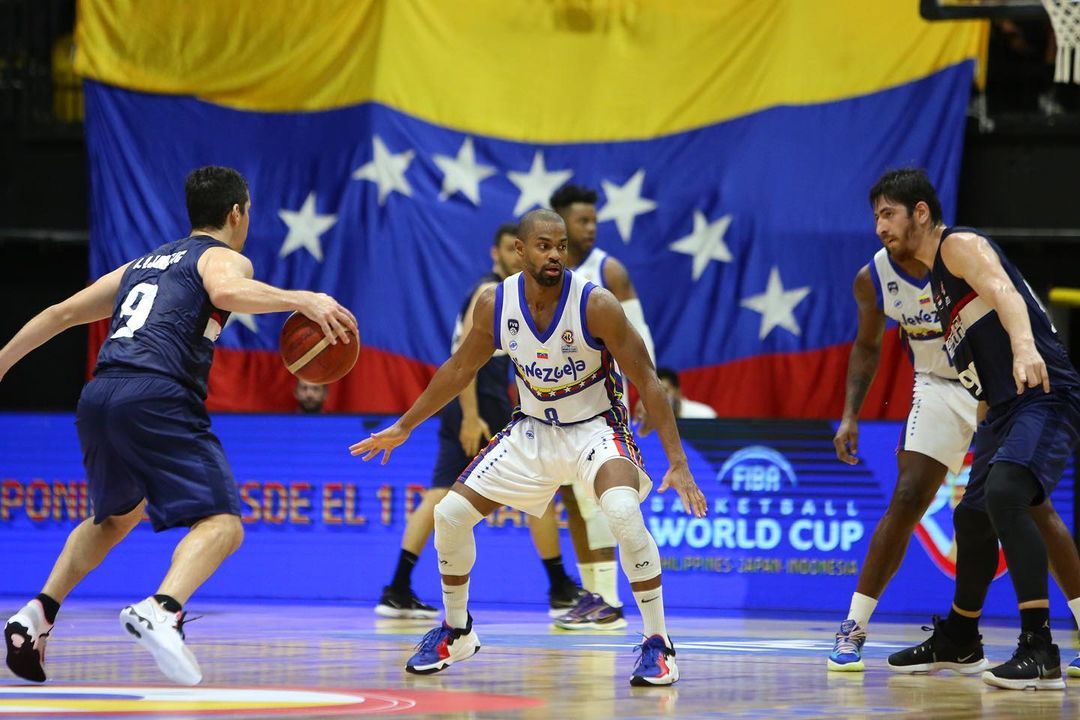 Undefeated, and with an exemplary performance in the qualifying round of the International Basketball Federation’s (FIBA) ​​World Cup 2023, the Venezuelan team advanced to the second round by beating the Paraguayan team 97-48.

The match was held at the Obras Sanitarias gym in Buenos Aires, Argentina, where the Venezuelan players made clear what they are made of. Venezuela’s dominating play evidenced the team’s desire to continue its non-stop advance towards the World Cup.

The game
From the opening whistle onwards the Venezuelans attacked, and in less than two minutes they had already scored eight points. This pace continued throughout the game, as Venezuela far surpassed the outmatched Paraguayans in speed, strategy, and effectiveness.

Venezuela added nine three-pointers in the second quarter of the game, and by the end three Venezuelan players had double digit-point totals—Zamora (17), Carrera (15) and Cubillán (10)—and the team had sunk 15 three-pointers.

The 49 points between Venezuela and Paraguay marked the largest difference in any game of the current Americas Qualifiers for the 2023 World Cup, according to sports news outlets.

Following the victory, the technical director of the Venezuelan national team, the Argentine Fernando Duró, declared to the press: “Without a doubt it was a perfect window [of opportunity]. With a [point] difference that we did not expect either. We have fulfilled all the objectives that we came to seek.”

Promising future
The Venezuelan team remains undefeated and leads A Group. Earlier in the week, Venezuela defeated Argentina 71-58, in the same venue in Buenos Aires. They will play Argentina again for their next game on June 30, and Paraguay again on July 5.

It is expected that these games will be held in Venezuela, or at least that is what the Venezuelan Basketball Federation (FVB) is counting on. However, the illegal blockade imposed by the US and EU has also had ramifications for international sports tournaments. These two games will complete the A Group schedule, and Venezuela has already ensured its advance to the next round.

For now, when it moves on to the next grouping, Venezuela will face Canada, the Dominican Republic, and a final team, most likely the Bahamas, which has just beaten the Virgin Islands.

The World Cup event will be held jointly in the Philippines, Japan, and Indonesia, but Venezuelan fans will have to wait until the third quarter of next year, between August 25 and September 10, 2023, for these games.