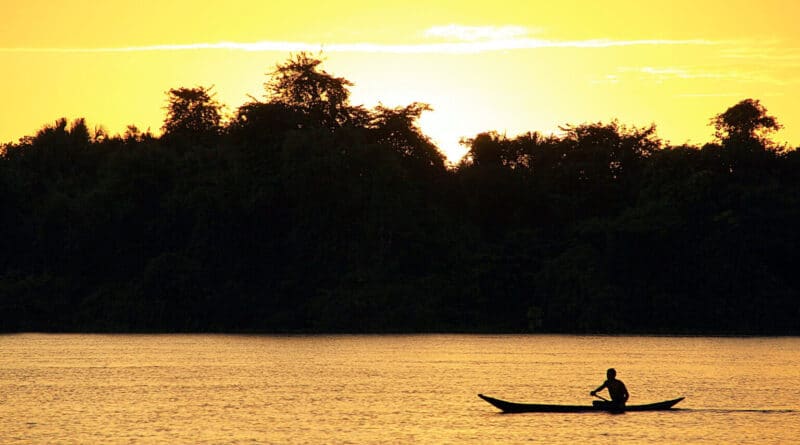 Bathed by the Caribbean Sea, and with a territory that extends from the foothills of the Andes through the extensive llanos plainlands all the way to the forests of the Amazon, Venezuela stands out today as an oasis of natural wealth and environmental conservation.

The situation of Venezuela as an Amazonian, Andean and Caribbean country gives it a wide diversity of climatic zones, habitats, and geological units, which make the country a land of inexhaustible resources and extensive biodiversity.

Venezuela has a total of 44 national parks, all of them protected areas, that include a wide range of ecosystems and mountainous landscapes, forests, coastal lagoons, beaches, deserts, rivers, and archipelagos, and cover almost a third of the Venezuelan territory.

According to historical records, the first national park in Venezuela dates back to 1937, when the Rancho Grande National Park was created, with which the foundations of the National System of Protected Areas were established.

This national park, which is located in the central Venezuelan states of Aragua and Carabobo, was renamed in 1953 as Henri Pittier National Park, in honor of the outstanding Swiss engineer, geographer, naturalist and botanist who extensively toured Venezuela and devoted a lot of his time and research to the country.

The Law of Protected Areas defines national parks as natural areas in which important ecosystems are represented, or natural areas of national and international relevance where plant and animal species, geomorphological conditions and habitats are of interest to the population, to science, education and for recreation.

The national parks of Venezuela are grouped into four large natural regions: the coastal-island region, the mountainous region, the Llanos and the Guayana Shield region, and the Amazon region. Each one of these regions has its own geological, geographical and natural characteristics.

Caura National Park has received the United Nations Environment Program’s recognition as the largest protected forest area in the world.

Under the administration of the National Parks Institute, the Caura National Park was created to strengthen and integrate environmental management policy, and to safeguard the protection of its ecological heritage such as important watercourses, biodiversity reservoirs, fragile ecosystems, and the indigenous peoples of the region and their communities.

According to the Venezuelan Ministry of Ecosocialism, Caura National Park covers approximately 20% of Bolívar state and 8.2% of Venezuela’s national territory.

The Caura river, considered as the heart of this protected area, forms its main hydrographic basin, which extends over an area close to 4,533,600 hectares. This river is the third most important in Venezuela due to its water volume, after the Orinoco and the Caroni.

The Caura River Basin houses a great wealth of biodiversity: 475 species of birds, 168 mammals, 46 reptiles and 16 amphibians, in addition to holding a landscape diversity typical of the Guayana Shield.

In addition, the use of at least 358 plant species of the lowland forests by indigenous communities of the region constitutes a valuable indicator of the fundamental role that these ecosystems have in the sustenance of these traditional cultures.

Preservation, a state policy
In line with a policy based on the preservation and rational use of the environment, Venezuela is today among the most advanced countries in terms of conservation of nature, as indicated by the wide distribution of national parks and protected areas throughout its territory.

During the High-Level Segment of the 15th Meeting of the Convention on Biological Diversity, held in October 2021, Venezuelan Minister of Ecosocialism Josué Lorca asserted that Venezuela has increased its number protected areas from 22 to 30, in compliance with Aichi Target 11.

Minister Lorca highlighted the importance of the Caura National Park as well as informed of the creation of seven new conservation areas.

Lorca stressed that, as a very diverse country, Venezuela is committed to the conservation of its biological diversity and the preservation of life on the planet, through the promotion of the concept of Ecosocialism.

Venezuela has programs focused on conservation and management of threatened and invasive species, community fruit and medicinal nurseries, and sustainable agricultural and fishing practices. All this validates the Venezuelan State’s efforts for the protection of its ecosystems.