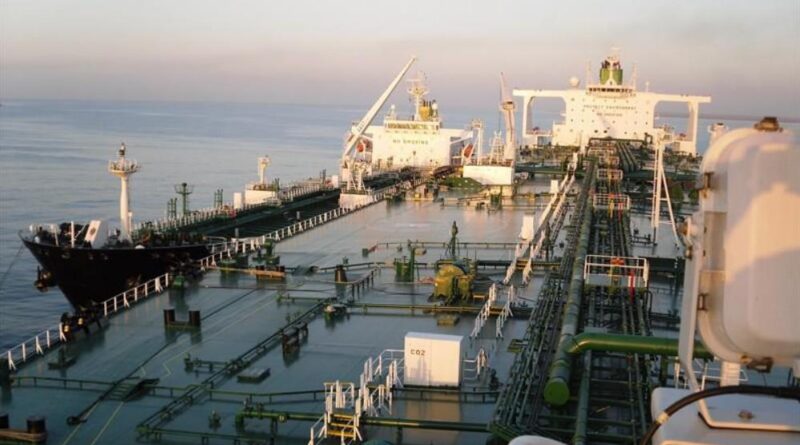 Mérida, February 27, 2020 (venezuelanalysis.com) – The Venezuelan government is shipping jet fuel to Iran as part of cooperation to tackle its gasoline and diesel shortages in the South American country.

According to Reuters, state oil company PDVSA and its Iranian counterpart NIOC have agreed to a swap deal that sees Tehran ship gasoline to Caracas, with the vessels carrying jet fuel in the opposite direction. Venezuela currently has a glut of the latter, with air traffic all but ground to a halt during the Covid-19 pandemic.

The agreement is described as a “perfect trip” in the maritime industry as the tankers travel fully loaded in both directions.

The Forest is the third Iran-flagged vessel to arrive in recent weeks, with Faxon and Fortune delivering an estimated 400,000 barrels in late January. Unnamed sources cited by Reuters claimed that the two tankers returned to Iran with jet fuel cargoes.

With US sanctions deliberately targeting the Caribbean country’s fuel supply and Washington going as far as seizing Venezuela-bound gasoline cargoes in international waters, the Maduro government has increasingly turned to its major ally in the Middle East.

In addition to fuel shipments, Tehran has also stepped up in helping PDVSA restart its paralyzed refineries. After the 310,000 barrel per day (bpd) Cardon refinery was brought back online in 2020, the two countries recently set up an air corridor that will see Iran ship catalysts and other materials to reactivate the 645,000 bpd Amuay facilities. Argus Media has reported that flights carrying materials and technicians have been arriving on a daily basis since February 11. Amuay and Cardon form the Paraguana Refining Complex in Falcon State, the largest refining complex in the hemisphere.

Venezuela’s present gasoline and diesel output falls short of meeting demand despite the reduced economic activity under the Covid-19 quarantine.

Apart from boosting fuel refining, Caracas is likewise looking to raise its current crude output levels. With the US Treasury Department imposing an oil embargo, secondary sanctions, as well as targeting shipping companiesand other trade intermediaries, production fell to historic lows before a slight rebound in recent months.

The latest OPEC monthly report placed the country’s output at 487,000 bpd in February. However, Oil Minister Tareck El Aissami has vowed that Venezuela will produce 1.5 million bpd before the end of the year.

RELATED CONTENT: Did an Iranian Tanker Arrive in Venezuela Loaded with Gasoline?

“We estimate reaching an output of 1.5 million bpd, keeping the trend of progressive and sustained growth,” he announced on February 19, while vowing to also raise natural gas production.

El Aissami’s pledge came as the Ali Rodriguez Araque presidential commission presented its report after operating for one year. The commission was set up in February 2020 with the mission of revamping the country’s oil industry and reversing the falling output, and recently had its mandate renewed for a further 12 months by President Nicolas Maduro.

The minimum wage for PDVSA workers’ was set at the equivalent of US $120, a 60-fold increase compared to the previous scale. The state oil company has seen a significant brain drain in recent years as salaries severely devalued amidst the country’s economic crisis.

While the decision to prioritize the country’s main industry drew plaudits, the new collective agreement was criticized by some leftist sectors. The Venezuelan Communist Party (PCV) argued that the contract “cheapens labor costs” as most of the income is handed through bonuses such as food and transportation.

Venezuela’s minimum wage currently stands at less than $1, with authorities pledging that revised collective bargaining agreements are being negotiated in different state companies and public institutions.