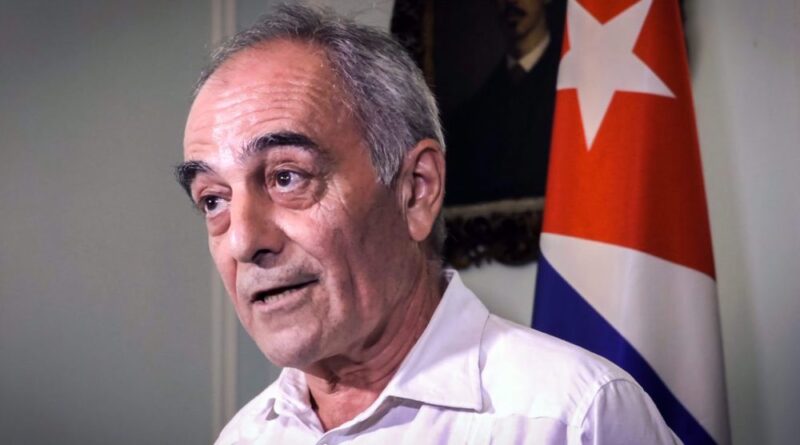 The European Union’s ambassador to Havana has been summoned to Brussels for signing a letter that urges US President Joe Biden to lift business and travel restrictions against Cuba.

The open letter called on Washington to “stop being a hostile neighbor” to Cuba and to “stop interfering in our domestic affairs.”

The other signatories of the letter were mostly ordinary Cuban citizens including artists, professors, journalists and university students.

Navarro’s summoning came after 16 MEPs — including several senior lawmakers — sent a letter to Borrell this week, calling for him to dismiss the ambassador.

They called Navarro’s action “a serious act in a totally unfortunate and erratic line of action regarding what should be the defense of our interests and values.”

“Such a behavior, in addition to being inappropriate, is completely alien to the functions and standards of conduct that should govern a diplomatic representative of the EU,” the MEPs wrote to Borrell, requesting Navarro’s “immediate replacement.”

An EU spokesperson said, “In the meantime, we have asked him [Navarro] to provide a note detailing the matter.”

The summoning came as Borrell himself publicly criticized Washington’s embargo against Cuba during a press conference with Russian Foreign Minister Sergey Lavrov earlier this month.

Cuba and the US had severed relations in 1961 during the Cold War, two years after the two countries became ideological foes following the Cuban Revolution, which brought the late Fidel Castro to power.

The administration of former president Donald Trump reversed the historic rapprochement initiated by his predecessor, Barack Obama, between Washington and Havana, and returned Cuba to the so-called blacklist of “state sponsors of terrorism.”

In the final days of his presidency, Trump blacklisted Cuba, accusing the country of “repeatedly providing support for acts of international terrorism” by harboring US fugitives as well as Colombian rebel leaders.

Biden, however, has promised that he would reverse Trump’s policies on Cuba.

Cuba was first added to the “terrorism list” by the Reagan administration in 1982.