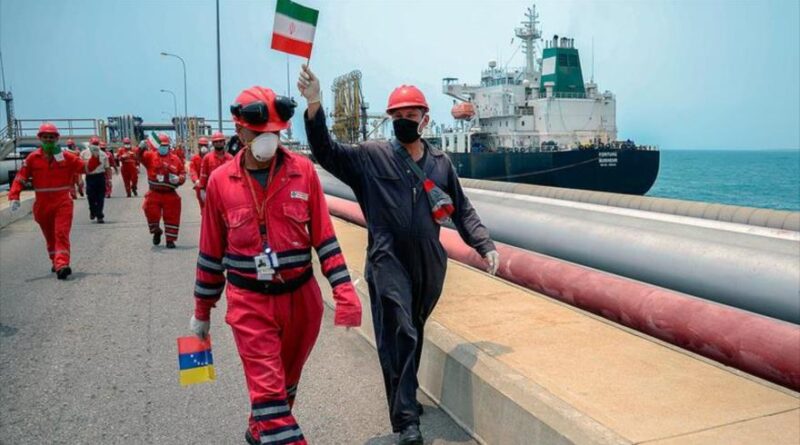 Iran and Venezuela intensified their cooperation in the face of US sanctions by exchanging Iranian gasoline for Venezuelan aviation fuel, according to a report.

Venezuela is sending aviation fuel to Iran in exchange for crucial gasoline imports, as part of a swap agreed to between the state-owned company Petróleos de Venezuela (PDVSA) and the National Petroleum Company of Iran (NIOC), British news agency Reuters reported Tuesday, citing three people familiar with the matter.

In 2020, the two aforementioned companies agreed to a full exchange of Venezuelan aviation fuel to pay for Iranian gasoline, one of the sources said.

Moreover, Reuters considered that, unlike a temporary measure of convenience, the exchange between PDVSA and NIOC suggests the building of a long-term commercial relationship.

Iran has never tried to hide its assistance to Venezuela, which suffers from a serious gasoline shortage as a result of crippling US sanctions, and has ensured that it will continue to support the Venezuelan nation in the face of the US campaign to overthrow the government of the Venezuelan president, Nicolás Maduro.

RELATED CONTENT: Did an Iranian Tanker Arrive in Venezuela Loaded with Gasoline?

In the framework of the alliance between Tehran and Caracas, as two sovereign countries, in May 2020 the Islamic Republic of Iran deployed five tankers loaded with 1.53 million barrels of gasoline and additives to Venezuela and, in June, another Iranian boat loaded with food arrived in the South American country to supply the new Iranian hypermarket Megasis.

In shipping these crucial supplies, faced by US threats of military actions against its tankers, Iran has warned the US not to intervene and cause any trouble.

Featured image: A Venezuelan worker waves an Iranian flag celebrating the arrival of the Iranian oil tanker Fortune at a Venezuelan refinery, May 25, 2020 (Photo: AFP).