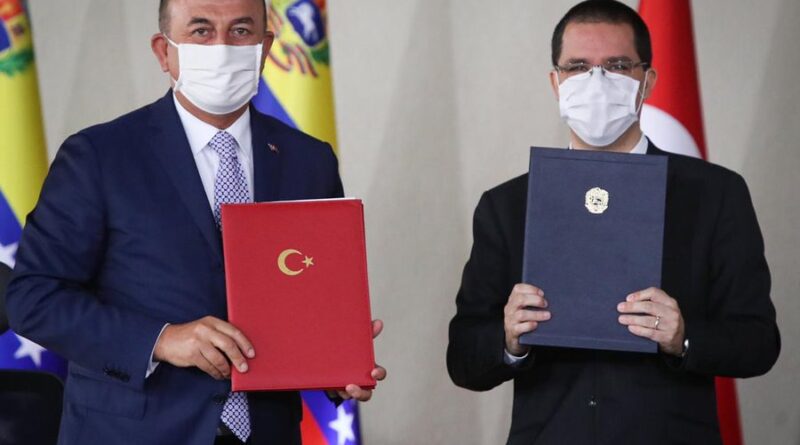 This Tuesday, the Foreign Minister of the Republic of Turkey Mevlüt Çavuşoğlu arrived in Venezuela, and was received at the Simón Bolívar International Airport in Maiquetía by his Venezuelan counterpart Jorge Arreaza, in order to strengthen strategic alliances of cooperation in various areas.

Both foreign ministers held a meeting where they signed new cooperation agreements on health, education, sports and housing between both nations.

Through these agreements, Turkey will build two hospitals in the country. In addition, educational and cultural exchanges will take place between both nations. All this within the framework of the 70th anniversary of relations between the two nations.

During the meeting, the Venezuelan Foreign Minister, Jorge Arreaza, thanked the support of the Turkish nation with the recent shipment of 20 tons of supplies and medical equipment to face the pandemic. 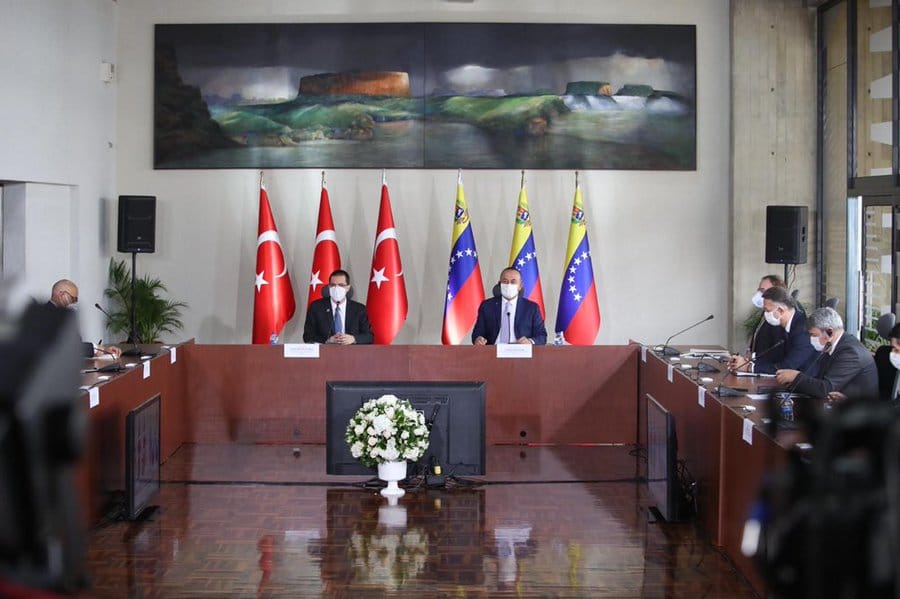 “We will be discussing various bilateral issues, and we will sign agreements to strengthen this relationship,” said Arreaza.

The Venezuelan Foreign Minister reported that his counterpart had brought some rapid tests for the screening of Covid-19 to support the country in its fight against the virus. “We are reviewing our humanitarian cooperation agreements with the Tika Cooperation Agency, whose cooperation is sincere and disinterested,” said Arreaza.

The diplomat also commented that at a time when US unilateral coercive measures have intensified, Turkey’s position has always been important for its rejection of these measures and its cooperation with Venezuela.

For his part, the Chancellor of the Republic of Turkey Mevlüt Çavuşoğlu, said he was very happy to arrive in Venezuela once again, keeping the promise of a ministerial visit a year, particularly on this 70th anniversary of the establishment of diplomatic relations.

“Due to the pandemic, we had to postpone celebration activities, but my visit may beneficially mark this occasion,” said the diplomat of the Turkish nation who added, “We are brothers and we are assisting each other in a difficult time, we are friends of Venezuela in good and bad times.”