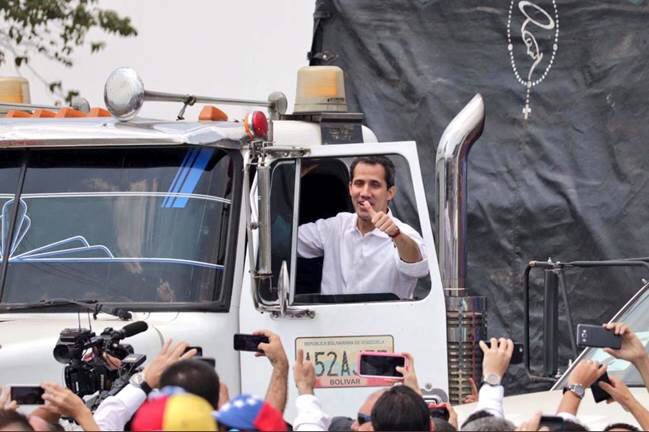 Earlier today, the special commission of the Venezuelan National Assembly (AN) investigating the crimes perpetrated against the country by the AN board of the 2016-2020 term presented the conclusions of its report. The report provided an account of the actions harmful to Venezuela that were carried out by the extreme right.

The document was approved unanimously, and the president of the commission, José Brito, during the regular session of Thursday, mentioned that there are 442 individuals involved in the investigation. Of these, 203 are former deputies.

The additional 239 are people designated by former deputy Juan Guaidó as fake ambassadors and diplomatic representatives of Venezuela, under the self-declared and illegitimate “interim government” declared in January 2019 as part of a plot to overthrow the administration of President Nicolás Maduro.

In this regard, the vice president of the commission, Hugbel Roa, added that the report contains 12,000 pages of a thorough investigation, containing the detailed evidence that led to the commission’s conclusions.

With this document, said Roa, the justice system should be required to apply “the full weight of the law to those who all these years have done immense damage to the country.”

In relation to this, deputy Bernabé Gutiérrez pointed out that justice must be done against the “criminals, thieves, and the corrupt” who continue “laughing at those who administer justice.”

Likewise, Vice President of the National Parliament, Iris Varela, stressed that the people are crying out for justice against those promoting the economic blockade that has caused the death of thousands of Venezuelans.

The AN, with an opposition majority between 2016 and 2020, sought to destabilize Venezuela in a variety of ways. Among these was the self-proclamation of Juan Guaidó on January 23, 2019. Guaidó declared himself “interim president” and promised to “liberate” Venezuelans. The legal fiction of a parallel government, recognized by the US and some of its allies, including Colombia, was then used to appropriate Venezuelan resources over the course of the last three years.

This new action, indicated the parliamentarian, is part of the ongoing efforts for this alleged “liberation” of Venezuela, using the same ruse implemented to appropriate other funds during the last three years. Brito stressed that this action constitutes a criminal act and treason against the country.

The strategy of recognizing Guaidó allowed the US and the opposition access to every asset that Venezuela held abroad. Solely in the case of the US-based CITGO, a subsidiary of Petróleos de Venezuela (PDVSA) that refines, transports, and markets fuel, the appropriation has cost Venezuela $32.5 billion.

According to the President of the AN, Jorge Rodríguez, a plan was hatched to divert $350 million deposited in Citibank to the US Federal Reserve, using the same legal fiction.