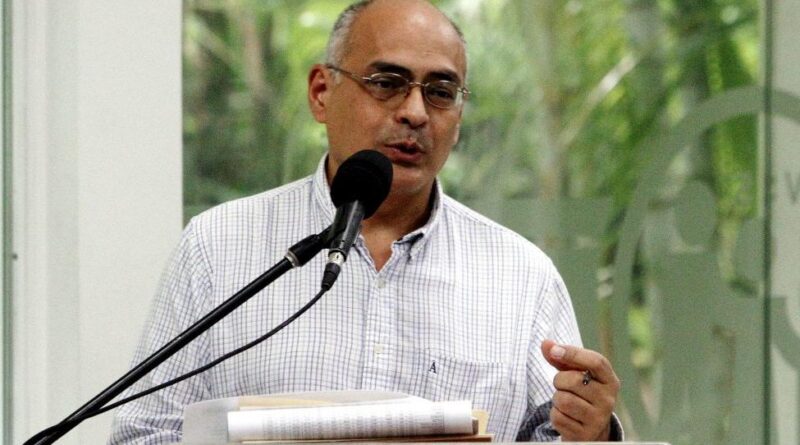 Venezuelan Minister for Health Carlos Alvarado provided details about the National Plan for COVID-19 booster vaccination schedule starting next week, on Monday January 3. He reported that “more than 18 million vaccines are guaranteed.” Likewise, he specified that as of the second quarter of the year Venezuela will be producing the Abdala vaccine domestically, via an agreement with Cuba, which “guarantees the booster vaccine in Venezuela for the year 2022.”

The statements were issued during a briefing on the vaccination plan and the fight against COVID-19, led by President Nicolás Maduro and broadcast by public media outlets on Monday, December 27.

• Health personnel will be immunized in their own healthcare facilities. There are approximately 70,000 healthcare workers who care for patients diagnosed with COVID-19 on the front line, to whom are added the rest of the administrative personnel who, in one way or another, have contact with patients (paramedics, civil service, and firefighters), comprising another 500,000 workers, who will also be immunized in healthcare centers as of January 3.
• Starting on January 10, vaccination of the elderly (over 60 years) who were last vaccinated more than six months ago and thus are in need of the booster. This population includes more than 3.6 million people.
• As of January 17, people between 19 and 59 years old, with two or more of the pathologies that can complicate COVID-19 infections. This includes civilians with obesity, diabetes mellitus, high blood pressure, chronic kidney disease, HIV carriers, or those with any other diagnosis that compromises the person’s immunity. This population includes about two million people.
• The fourth week of January 2022, starting on January 24, state security officials, Bolivarian National Guard personnel, police officers, and workers who serve the public (food, transportation), will be immunized.

In February “the rest of the population will be included, in the case where six months has passed since their last dose of complete vaccine,” detailed Alvarado. “There are already 6.7 million doses of Sputnik Light vaccines in the country, and 12.7 million doses will arrive in January.”