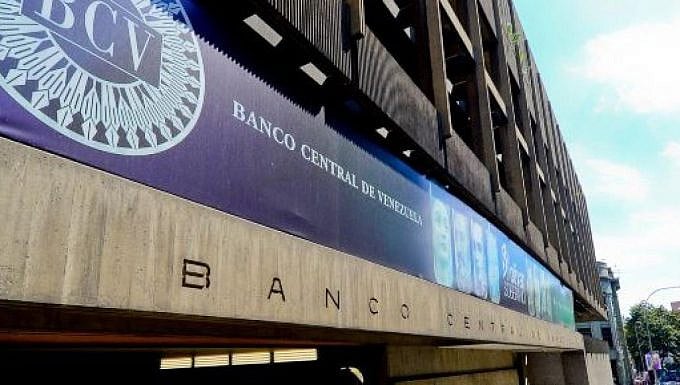 As of October 1, the digital bolívar will come into effect, eliminating six zeros from Venezuela’s currency, the Central Bank of Venezuela (BCV) announced through an official statement. Any amount or transaction expressed in bolivars will be divided by one million, the bank explained. The BCV indicated that this change in the monetary scale seeks to strengthen the development of the national economy, and will not affect the real value of our currency. The BCV also released images of the new banknotes and the new currency that will be valid from that date onwards.

The digital and physical bolívar will coexist, with the following denominations in circulation: the one bolívar coin; bills of five bolívares, 10 bolívares, 20 bolívares, 50 bolívares and 100 bolívares.

This monetary decision was long awaited for many in Venezuela tired of the exaggerated amount of zeros involved in even the most simple transactions, a result of the hyperinflation that has affected Venezuelans since 2018—a direct result of the illegal United States and European blockade of the country, aiming at overthrowing the government of Nicolás Maduro.

The currency redenomination was reported by Bloomberg a couple of months ago but Venezuelan authorities did not release an official statement until today. Many in Venezuela have been expecting the decision for weeks.

You can click on any of the images to see the new bank notes in better resolution:

Below is a full unofficial translation of the Central Bank’s statement:

As of October 1, 2021, the digital bolívar will come into effect, applying a monetary scale that removes six (6) zeros from the national currency. In other words, all monetary amounts and everything expressed in national currency will be divided by one million (1,000,000).

This change in the monetary scale, supported by the strengthening and development of the digital economy in Venezuela, constitutes a necessary historical step at a time when the country begins the path of economic recovery, after the crisis produced by the brutal attack on our country, economy, and our national currency due to the criminal application of an economic and financial blockade [by the United States and Europe].

The introduction of the digital bolívar does not affect the value of the currency. In other words, the bolívar will not be worth more or less, the goal is to facilitate its use with a simpler monetary scale.

The transformation of the national currency into its digital format, its use and promotion through new and existing electronic means of payment, will allow:

• Advance in the construction of a updated vision of the currency in everyday transactions.
• Facilitation of greater connectivity of the population with its currency, despite the constant external attacks and speculative processes that have been induced in the economic system.
• Reduction of transaction costs in the economy, helping to strengthen the national productive economy in a safe and transparent way.

It is also noteworthy that Venezuela is in a progressive process of modernization of its payment systems. Recently, the new free and sovereign Financial Messaging Exchange System began operations, made in Venezuela and by Venezuelans, promoting the independence of national banking operations from foreign systems, for the consolidation of the effective use of our legal tender, the bolívar.

The modernization of payment systems aims to update the use of the digital bolívar immediately, ensuring that transfers between clients of different banks are received in a few seconds, and meeting the highest international quality standards.

The National Government together with the Central Bank of Venezuela will continue to protect and guarantee monetary sovereignty in order to promote the recovery of our economy and make the independence of our country impregnable against foreign and domestic elements that attack Venezuela.

The Central Bank of Venezuela, in coordination with the Ministry of Popular Power of Economy, Finance and Foreign Trade, is responsible for implementing the Decree that will be published for this purpose.