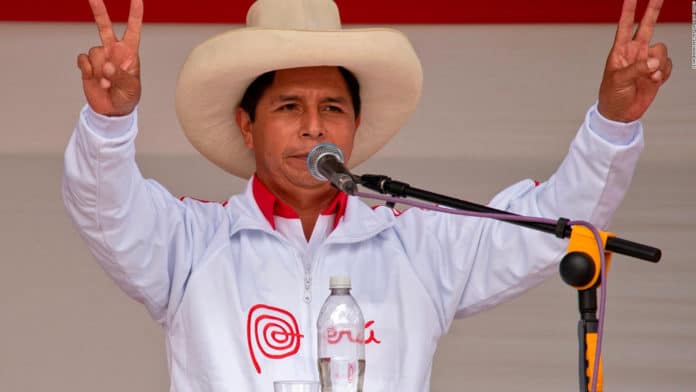 Venezuelan deputy Diosdado Cabello responded to accusations that the new president of Peru, Pedro Castillo, wants to copy the Chavista model of the Bolivarian Republic of Venezuela. Divergent arguments against Castillo have increased in recent days. Some accuse him of being a communist, and others classify him as a moderate. Additionally, there are statements in which Castillo allegedly distanced himself from the Bolivarian Revolution.

“Mr. Pedro Castillo is the president of Peru,” said the second in command in the United Socialist Party of Venezuela (PSUV). “He is not Chávez. Additionally, I think he has declared that he is not a Chavista. We have never asked (Pedro Castillo) to be a Chavista. But the way things are going (in Peru), we are happy with how things are going,” Cabello explained.

In response to attacks against the president of Peru, Cabello referred to an article published by the newspaper ABC of Spain. The article states that “the fear of communism is latent; that is why the new president of Peru, Pedro Castillo, uses his speech to silence those who accuse him of wanting to imitate Chávez.”

Nobody asks him to be a Chavista
Cabello also referred to the attacks of the MEP Hermann Tertsch, who claimed that disturbances in Lima are due to the arrival of Castillo. Tertsch claimed that Castillo made a speech in which he declared war on civilization and summoned communism and magic. Tertsch argued Castillo was bringing hatred and ignorance to Peru.

In response to the MEP comments, Cabello emphasized that Tertsch “is one of those who believe that the Kingdom of Spain really exists and that they can give orders to whoever they see fit.”

Although the party that brought Pedro Castillo to the presidency, Peru Libre, defines itself as a Marxist-Leninist organization, Castillo recently declared that “we are not Chavistas. We are not communists. We are workers and entrepreneurs. We will guarantee a stable economy, respecting private property and private investment.”