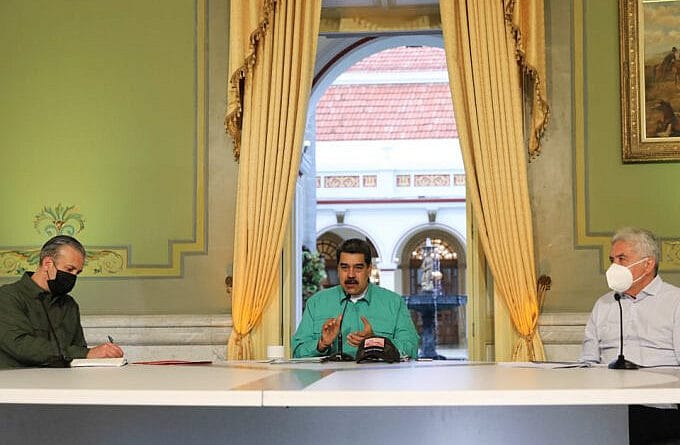 On Thursday, July 28, President Nicolás Maduro informed that “we have identified, with names and surnames, the people who are destabilizing the prices, the real value of the currency…, now with a clearer picture we have them identified.” The Venezuelan president made this comment during the working meeting for the productive economy for July, held at the Sol del Peru Room in the Miraflores Palace. “The study on the induced economic warfare has allowed us to identify the principal destabilizers who are behind the disturbances that have occurred in the month of July,” he added.

President Maduro was referring to the abrupt decline in the value of the Bolivar against the US dollar recorded during the month of July. The official exchange rate given by the Venezuelan Central Bank (BCV) for July 1 was 3,238,205 Bs / US$, while for July 30, it has jumped to 4,005,607 Bs / US$, meaning a 23.7% variation only in the month of July.

Likewise, he pointed out that “now we have more capacities to counter the destabilizers. I have given orders that they be called one by one, and I do not care what surnames they have because some believe that because of their surnames they are untouchable.”

In this regard, he assured that the Bolivarian Revolution has been fine-tuning the mechanisms to face “so many forms of action in the economic war against the people,” while pointing out that the optimal balance level has been achieved in production, in distribution, supply “and especially in the fixing of prices, which is an important element that has been disturbed in this induced economic warfare, which we have resisted and which we are going to win.”

Moreover, the Venezuelan head of state asserted that his government has managed to control the economic war “in phases, but it is necessary to win completely and definitively. The people know that we are very conscientious about this and I like to report it completely.”

Featured image: President Maduro with Minister for Agriculture Wilmer Castro and Minister of Petroleum Tareck El-Aissami at the working meeting on the productive economy. Photo courtesy of Prensa Presidencial.