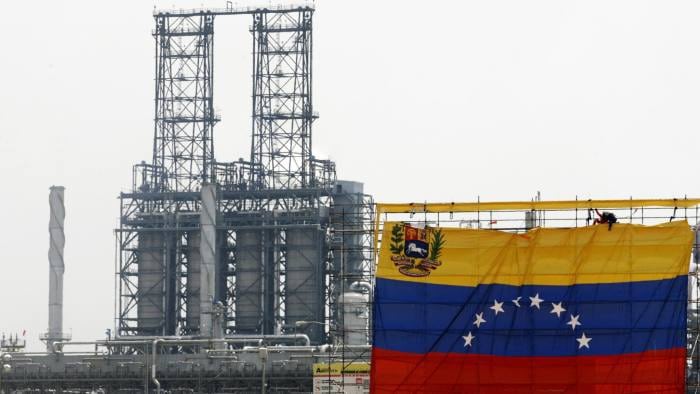 The latest OPEC monthly report placed the Caribbean nation’s Januaryproduction at 487,000 barrels per day (bpd) according to secondary sources, a 72,000 bpd increase compared to December 2020. The number represents the highest output since May 2020.

The figures reported directly by state oil company PDVSA stood virtually equal, at 484,000 bpd, up from 441,000 bpd in the previous month.

The rebound in output was reportedly owed to a number of new PDVSA clients, as long term trade partners have been driven away by US sanctions. However, production remains near historic lows, having fallen steeply from averages of 1.911 million bpd in 2017 and 1.354 million bpd in 2018.

Starting with financial sanctions against PDVSA in mid-2017, the Trump administration levied successive rounds of measures against Venezuela’s oil industry, the country’s main source of foreign income. These included an embargo, secondary sanctions against Russia’s Rosneft and targeting vessels, shipping companies and other oil trade intermediaries.

In late 2020, Washington also moved to forbid swap deals, threatening a number of multinational corporations into winding down their transactions with PDVSA. The measures worsened already severe fuel shortages.

The incoming Biden administration has vowed to continue with its predecessor’s policies, with Secretary of State Antony Blinken stating that the White House will look to make sanctions “more effective” in its efforts to oust the Nicolas Maduro government.

However, US unilateral measures have come under increased scrutiny in recent weeks.

“Far too often and for far too long, sanctions have been imposed as a knee-jerk reaction without a measured and considered assessment of their impacts,” the letter reads, adding that licenses and exemptions often do not have an impact because of “overcompliance” from the financial sector.

RELATED CONTENT: Trump has Gone – Time to End US Sanctions on Cuba, Nicaragua and Venezuela

The text, which does not name Venezuela specifically, goes on to highlight how sanctions have “demonstrably harmed civilian populations,” among other consequences, without having a demonstrable “net benefit to [US] national interests and security.”

The letter was signed by 23 other members of Congress, including Alexandria Ocasio-Cortez (D-NY) and Ro Khanna (D-CA), and endorsed by organizations such as the Alliance for Cuba Engagement and Respect (ACERE), the Center for Economic and Policy Research (CEPR) and Just Foreign Policy.

The call for sanctions relief came on the heels of a US Government Accountability Office (GAO) report highlighting the severe consequences of the Treasury measures against Venezuela.

“The sanctions, particularly on the state oil company [PDVSA] in 2019, likely contributed to the steeper decline of the Venezuelan economy, primarily by limiting revenue from oil production,” the document states.

The 56-page report highlights how US sanctions have driven away customers and forced Caracas to sell crude at lower prices while also reducing access to diluents needed to blend Venezuela’s extra heavy crude into exportable grades.

The GAO document concludes that the unilateral measures have exacerbated fuel shortages and electricity blackouts, as well as hamper the delivery of humanitarian aid.

CEPR Co-Director Mark Weisbrot commented that the GAO report represents “more evidence that these unilateral, illegal US sanctions are a form of collective punishment against the Venezuelan population and should be ended immediately.”

The DC-based think tank has closely followed the impact of US sanctions and found that the measures had caused at least 40,000 deaths in 2017-2018.

Oil companies, including US-based Chevron and India’s Reliance Industries, have likewise lobbied the US State Department to reverse some of the Trump administration’s latest measures.

Featured image: Venezuela’s oil industry has been hard hit by US sanctions. (Reuters)