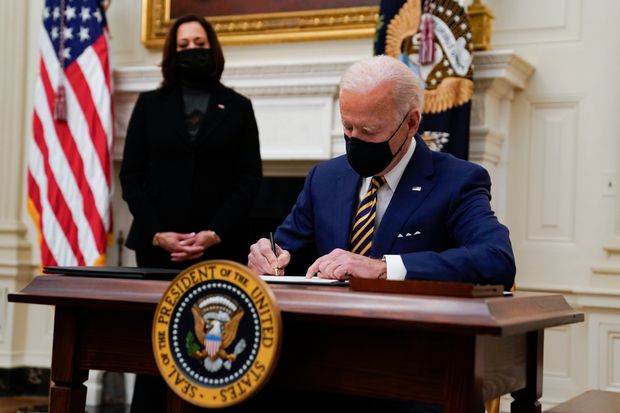 This Wednesday, March 3, Foreign Minister Jorge Arreaza announced through his Twitter account that Venezuela rejects the renewal of the illegal executive order under which the US applies coercive measures as part of its hybrid war against the Bolivarian Republic.

“Venezuela categorically rejects the renewal of the illegal executive order under which the US government applies unilateral coercive measures as part of its policy of cruel and systematic aggression against the Venezuelan people,” reads part of the communiqué issued by Venezuela.

United States President Joe Biden extended Executive Order 13692, signed by Barack Obama in 2015, that labels Venezuela “an unusual and extraordinary threat” to the North American country. The reactivation of the order was signed on March 2 and published this Wednesday, confirming that the measures will continue after March 8, the date on which the document turns six years old.

The extension of Biden’s decree ignores the recommendations of the preliminary report made by UN Special Rapporteur Alena Douhan, who called for the end of sanctions against the Venezuelan people following her week-long visit to Venezuela in February.

Bellow is the full official translation of the communiqué:

It is unfortunate that the new US government, with this measure, continues moving away from diplomacy and reiterates the aggressive model of the past administration that has caused great damage to the Venezuelan people, putting at risk such vital areas as food, health and other human rights.

With this decision the United States ignores the clear call made by the United Nations Special Rapporteur on the Adverse Impact of Unilateral Coercive Measures on the Enjoyment of Human Rights, who urged to unequivocally lift these arbitrary measures that do not conform to international law.

The Venezuelan people are free and irrevocably independent and do not represent, nor will ever represent a thread to the United States, nor to any country in the world, and will continue to forge its destiny, despite the aggressions and interference of US administrations.