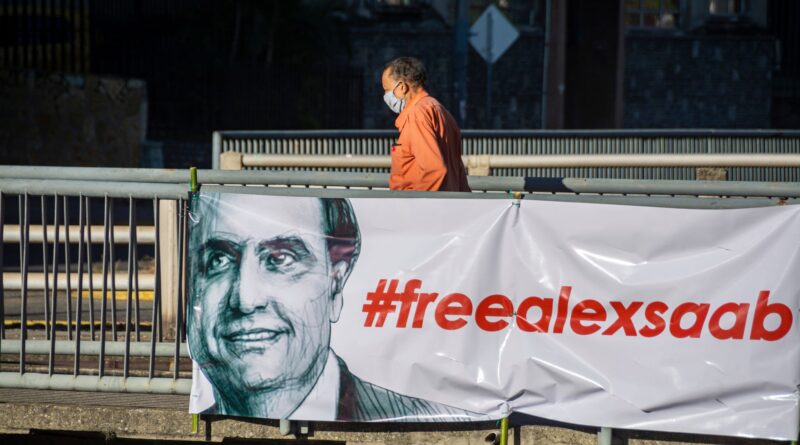 In the interview Saab assured that “he would not collaborate with the United States” if he is extradited to that country. Instead, Saab took the opportunity to thank President Nicolás Maduro. “I am delighted to have received, through official channels, a message of support and encouragement that I appreciate,” commented Saab.

He insisted that his “illegal detention is entirely politically motivated. It’s pathetic that the Government of Cape Verde has stooped to the political will of the United States, instead of preserving their own dignity and refusing to participate in this farce of judicial overreach for political reasons.”

“I have not committed any crime,” said Alex Saab, while reiterating: “Cape Verde could not and should not hold me in captivity.”

“I was (and continue to be) a Special Envoy of the Bolivarian Republic of Venezuela, who was carrying out a special humanitarian mission: to acquire basic food, medicine and medical equipment much needed for the people of Venezuela. Therefore, I enjoyed diplomatic immunity and inviolability as established by the centuries-old laws that govern the movement of diplomats and political agents,” he explained.

“The only culprit here is the United States”
Questioned about his possible extradition to face US justice, Saab’s response was direct and assured that “he would not collaborate with the United States.”

“However,” added Saab. “Let me be very clear. I have not committed any crime. My lawyers and I will fight, if necessary, in all courts to prove this with the full support of Venezuela. The only culprit here is the United States, which has orchestrated a campaign of political hegemony against Venezuela.”

Saab and his relationship with Nicolás Maduro
Regarding his relationship with the Venezuelan head of state, Saab said that he met President Maduro “when he was Minister of Foreign Affairs with President Chávez… At the beginning of a social housing project in 2011, I could prove that I can deliver important projects on time and within budget.”

“The experience I gained while managing and organizing the logistics involved in the social housing contract was recognized by the Government of President Maduro, and we were awarded our first contract to become suppliers of the Government’s social welfare food program [CLAP] in 2015,” he explained.

Saab’s statements came after an announcement by the African Bar Association confirming its ruling that the diplomatic envoy should not be incarcerated, following a request from the diplomat’s family to initiate an investigation into his case.

Featured image: Posters in the streets of Caracas demanding the release of Alex Saab. Photo courtesy of Getty Images.