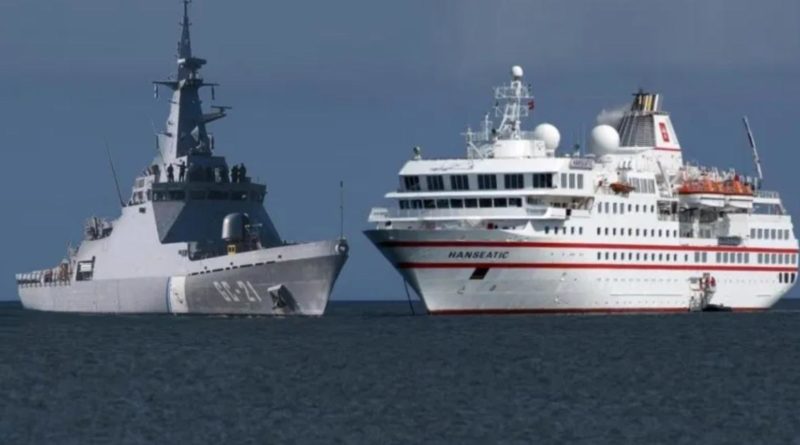 The Curaçao Common Court ruled on Tuesday that the company that owns the ship RCGS Resolute, involved in an incident that resulted in the sinking of a Venezuelan Navy ship Naiguata (GC-23), will have to pay a large sum as a guarantee to be able to free the ship from embargo. This was reported to Curaçao News by lawyer Berti Braam.

According to sources, the amount of the guarantee would be equivalent to the cost of the same boat, that is to say, about 123 million Euros. Braam also clarified that the dispute will continue to be dealt with by international courts, in order to determine the responsibilities in said incident.

The passenger ship Resolute, which hit BVL Naiguatá, refused to comply with the stop order for its subsequent registration by the Venezuelan ship, which was conducting patrol activities in Venezuelan waters adjacent to La Tortuga Island, according to reports from the sources consulted by Infodefensa.com.

The information to which this medium had access indicates that the Portuguese-flagged Resolute not only refused to stop, but even increased speed.

This would have caused the impact on the Naiguatá, which caused serious damage and its subsequent collapse, as published by Infodefensa.com. The Venezuelan Navy also reports that the Resolute did not stop after the crash and fled the area without giving assistance to rescue the castaways.

The aid was finally provided by the ship T91 Los Frailes and by other units of the institution. So far, no crew losses have been reported. The Resolute, defined as a luxury cruise ship, was stranded at the end of 2019 in the port of Buenos Aires for a million dollar debt. Court rulings prevented it from sailing and the passengers on board at that time had to give up the trip to Antarctica.

The cruise ship is now in the port of Willemstad on Curaçao, with signs of a collision, although the damage appears to be slight due to the chatacter of the vessel (an icebreaker).