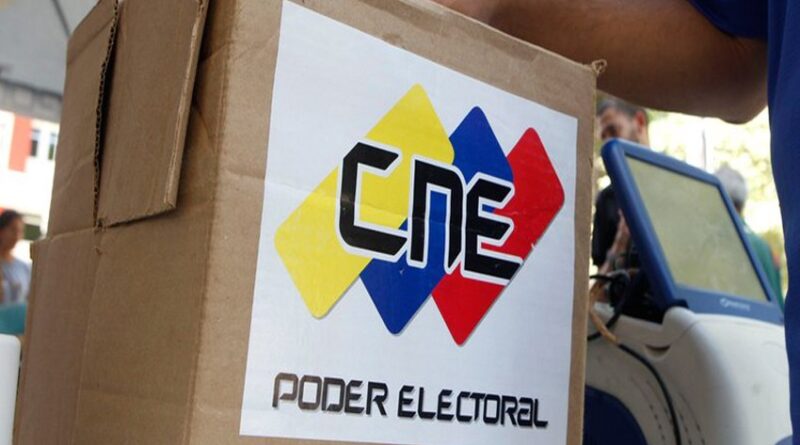 It’s hard to decide which of all the actions of the Venezuelan opposition representatives was the most shameful. Was it Ramos Allup giving the legitimate elected President Nicolas Madura a 6-month deadline to leave office while removing the portraits of Simon Bolivar and of Comandante Chavez from the Federal Capitol? Or Julio Borges spreading letters throughout the world in which he called for an increase in the economic blockade against the Venezuelan people while he labeled us a plague in the region? Or Juan Guiado self-proclaiming himself president of the republic in a Caracas plaza while he was signing contracts with mercenaries for the assassination of Venezuelans? Or Freddy Guevara calling for roadblocks while he gave instructions to armed demonstrators in the streets and called for an economic boycott? …Or Juan Resquesens trying to justify the armed intervention of the U.S.?

The facts are that all these actions make up part of a plan whose main objective was, and continues to be, to overthrow the Bolivarian Revolution in Venezuela. Said plan was not written by the opposition representatives – they are following their instructions just as they were set down for them, and carrying out their task. The plan was written by US Navy Admiral Kurt W. Tidd, Commander, U.S. Southern Command in February of 2016 (Operation Venezuela Freedom-2) and later carried out in February 2018. (Plan to overthrow the Bolivarian Revolution – “Masterstroke.”)

In the White House plan, we have read “With political elements of the “Democratic Unity Roundtable” party, we have agreed on a common agenda, which includes an abrupt scenario that can combine street actions and measured armed violence. Of course, we have to continue using as cover the referendum or amendment based on the text of the constitution in order to enlist, mobilize and organize a critical mass for the confrontation. Under the focus of a “surround and choke” policy, we also have made agreements with the members nearest to the “Democratic Unity Roundtable” to utilize the National Assembly as a pincers to obstruct the government by convening events and mobilizations, questioning government officials, denying credit, and repealing laws.”

They arrived at the National Assembly with the slogan “this will be your last line.” Framed in a fraudulent campaign, the opposition candidates took advantage of the long lines to which the Venezuelan people have been subjected since 2013 when they buy food. In the context of an economic war, transnational agricultural-industrial monopolies changed their distribution channels for their goods in order to introduce shortages that would translate into long lines, even though they maintained their previous production levels. They deceived the people and tried to confuse them. They succeeded. They got the majority of the seats in the assembly.

They took their seats in January of 2016, and that was when Ramos Allup gave Nicolas Maduro 6 months to resign from the presidency. In the Southern Command Plan, it reads “To arrive at this end stage, we are planning a short term action plan (6 months with the finish of phase 2 around July-August of 2016). As we have indicated, we have proposed to apply pincers now to choke and paralyze, preventing the Chavista forces from being able to recover and re-group.”

They declared a supposed humanitarian crisis in terms of health and food supply – which is unsurprisingly similar to Admiral Tidd’s Plan: “It is of particular importance in these current circumstances to present a context depicting Venezuela as being in a humanitarian crisis for lack of food, water and medications; we must continue to manage a scenario in which Venezuela is “near collapse and imploding” as we demand a humanitarian intervention from the international community to save lives and maintain peace… we must consistently maintain a doctrine that the government and those who control it are the causes of this economic stagnation, inflation, and shortages.”

In parallel, they carried out other actions of this Plan: Luis Almagro tried to activate the Inter-American Democratic Charter of the OAS against Venezuela. The attempt to approve a constitutional amendment to shorten the term of office of the president and the “convening” of a referendum revoking power in 2016 were also part of the assigned tasks carried out by the representatives of the opposition.

The year 2017 began with street mobilizations, roadblocks, and general civil stoppages called for by the opposition representatives, as well as demonstrations using an armed force, just as planned. The total cost of these actions included 131 dead, of whom five were lynched and burned alive. We will never forget Orlando Figuera. At the same time Representative Julio Borges traveled the world calling for a tightening of the blockade against the Venezuelan people. Disaster after disaster; in 2018 Washington unleashed their most potent weapon of the economic war – the attack on the bolivar currency. They induced a hyper-inflation of 130.60% in that year, which in its turn caused,- and continues causing because they have not ceased their attempts to overthrow the Revolution – a decay in the buying power of the Venezuelan working class, and with this a decrease in national production. At the same time, they strengthened the financial blockade and the commercial embargo against the Venezuelan people.

This economic strategy forms part of the Plan. Here is a quote from it: “To stir up popular dissatisfaction by increasing shortages and prices of food, medicines, and other essential goods for the population. To increase the flight of capital from the country, the flight of hard currency and the deterioration of the monetary base, causing the application of new inflationary measures that will augment this deterioration.” In the same year, 2018, they also made an attempt to assassinate President Maduro.

Not to mention 2019, when they tried to constitute themselves as a parallel government. Juan Guaido self-proclaimed himself president of the Republic of Venezuela and the gringos gave him administrative legal authority over all the Venezuelan assets located in the United States. They robbed CITGO from us; they attempted to invade with a supposed humanitarian aid mission across the Colombian border; they tried to carry out a coup d’etat; they left Venezuela in the darkness causing a nation-wide power outage; they dared to try to coerce the National Bolivarian Armed Forces with an amnesty law. All, absolutely all, of these were assignments set out clearly in the Southern Command plan. It is recommended that you read it.

They began 2020 signing contracts with mercenaries to assassinate leaders of the revolution. In the Tidd plan it reads, “Recruit paramilitaries to intensify the destabilizing actions.” Meanwhile, the attorney general of the U.S. accused Nicolas Maduro of being a narco-terrorist. Naturally, that was in the plan also: “Make use of generalized corruption and of benefits derived from illegal drug trafficking to do away with their image in front of the world and their domestic followers.”

Without a doubt, the most shameful aspect of all this is that the representatives of the National Assembly, taking advantage of their positions, act as agents of the government in Washington, afflicting “their own people” and threatening the sovereignty of our country.

On the eve of the parliamentary elections scheduled for December 6, 2020, we cannot allow ourselves to be confused. That day, we will vote and we will stand in line to do so with full consciousness, feeling our country stir deep inside us, as Comandante Chavez told us.