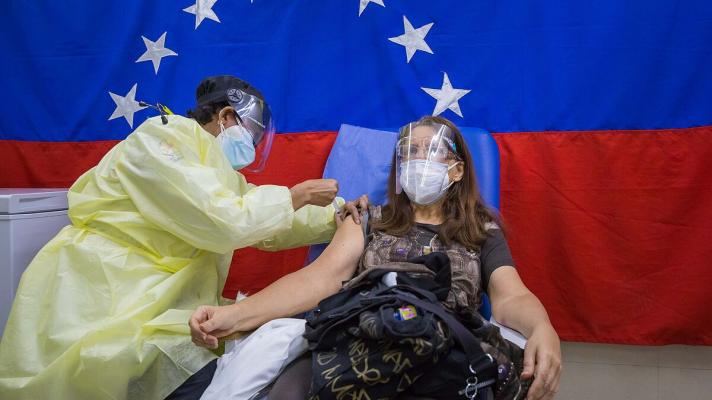 The following is a translation of the Samuel Robinson Institute report for November 1, 2021.

On Sunday, October 31, the President of Venezuela, Nicolás Maduro confirmed that, starting from Monday, November 1, the country has started a two-month period of broad flexibility that will culminate on December 31.

This is the longest relaxation period that has been decreed since the start of the implementation of the pandemic control measures back in March 2020.

Context
The start of flexibilization period does not signify the removal of pandemic protocols. The maintenance of biosafety protocols, such as the use of face masks and the use of disinfectant gel in enclosed places like commercial establishments, are to remain.

Moreover, the use of new containment technologies will also be activated during this period. Vice President Delcy Rodríguez informed that on November 1, the application of a Traffic Light for Health system began. It is “a technological platform that will allow people to access public areas where there are large crowds, and which will allow us to identify who have been vaccinated or not, as well as those who have tested positive” for COVID-19.

As was the case of the the Patria System during the sanitary crisis, this new info-governmental management platform will facilitate, via monitoring, people’s ability to engage in their normal daily activities, as long as they have been vaccinated.

Vaccination
President Maduro also announced that, as of October 31, 67% of the Venezuelan population has been vaccinated. He informed that 7 states in the country have exceeded 70% of those vaccinated. These states are Táchira, the Capital District, La Guaira, Miranda, Carabobo, Cojedes and Mérida.

He added that Venezuela already has enough vaccines to immunize 85% of the population, and the arrival of new doses will set new vaccination goals.

The president also stressed that the number of vaccination centers and vaccination points will be increased “so that the people can have easy access to vaccines because we have taken on the task and we believe in our strength… So, we will complete 80% of the vaccination cycle by November 30, and 95% of Venezuelans will be vaccinated by December 31.”

The mass vaccination plan also includes the start of immunization of children over 2 years of age.

Furthermore, Venezuelan health authorities have announced the deployment of itinerant vaccination points, and other such measures, in heavily accessed commercial areas.

RELATED CONTENT: Back to School: 90% of Students in Venezuela Have Been Incorporated to In Person Classes

The return to 7+7
President Maduro informed that in January, the possibility of returning to the 7+7 scheme will be studied, which consists of a week of strict quarantine followed by a week of relative flexibilization. Also, with 95% of the population vaccinated, if the 7+7 is no longer needed, economic, commercial, academic and service activities may be kept open with just the implementation of the proper biosafety measures.

It will depend on how these two months of relaxation goes, if cases of hospitalization do not increase at alarming rates. It is necessary to always keep in mind that the vaccines currently available do not completely prevent the occurrence of infections, but greatly inhibit the severity of the disease.

Why this is important
Venezuela is one of the countries that has prolonged its physical distancing controls the most. The 7+7 scheme, which has proven to be effective, has been widely sustained throughout the pandemic and now its temporary suspension concurs with a recorded statistic of 20 reported infections per 100,000 inhabitants. President Maduro has referred to the political, health and social milestone that the achievement of the current statistics represents, especially regarding vaccination, in the context of the blockade and the foreign pressure against the country.

Featured image: A woman being vaccinated in Venezuela, where children over the age of 2 will also be included in the mass vaccination plan. Photo: Miguel Gutiérrez / EFE