Awarding ceremony to the Venezuelan (Vinotinto) baseball team, winner of the WBSC U23 World Cup. Photo courtesy of Alba Ciudad.

The Venezuelan baseball team defeated its Mexican counterpart 4-0 to be crowned winner of the third edition of the Men’s Baseball World Championship, Under-23 category (U23), at the Sonora stadium in Hermosillo, Mexico.

The Vinotinto (Venezuelan national team) came out on the field determined to make history. The team, led by Carlos García, bet on the pitcher, Wilkelman Ramírez, who pitched the entire match and allowed only four hits. He always got the important outs when the hosts threatened to score.

In addition to the Venezuelan national team offense that was timely, two costly errors by the Mexicans in the early innings allowed Vinotinto to get ahead on the board with two runs. Later, a solo homer by Juan Fernández was the third run, and then in that same inning the fourth and the definitive run, which determined the match and the championship. 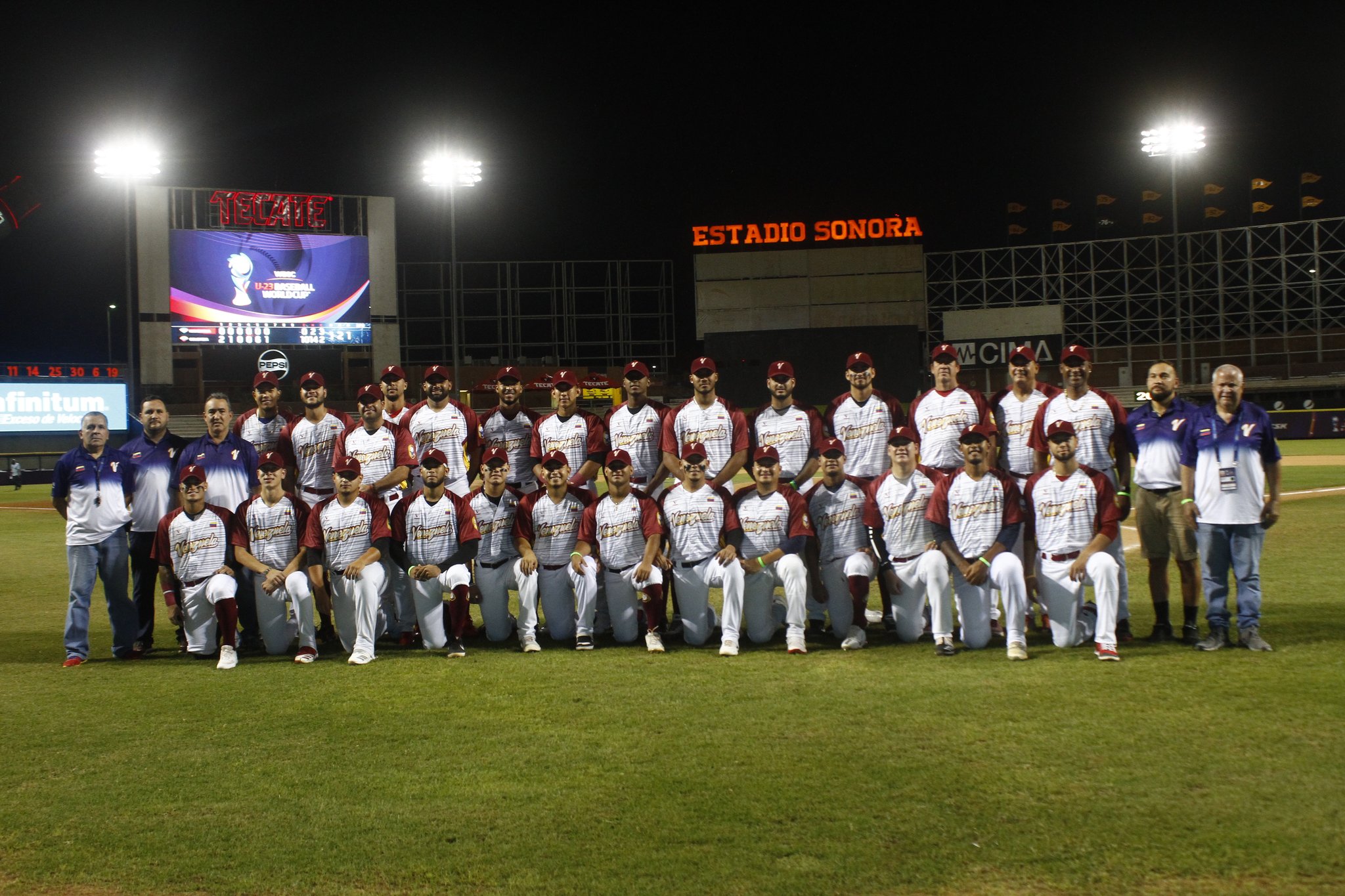 In this championship, the Venezuelan national team finished with a mark of eight wins and one loss in total. It achieved the topmost position on the podium, followed by Mexico. Colombia came third and won bronze, beating Cuba in the third place match.

Thus, Venezuela has won its first championship in this event, and has bettered its track record in a country (Mexico) that has always left pleasant moments and memories for Venezuelan sports. In 1968, Francisco “Morochito” Rodríguez became the first Venezuelan to win an Olympic gold in boxing. Leones del Caracas won the Caribbean Series in the very city of Hermosillo in 1982. Águilas del Zulia became champion of the 1989 Caribbean Classic in Mazatlán, and in 2009 Tigres de Aragua achieved the triumphal milestone in that same Mexican city.

Also in Mexico in 1997, Venezuela won the World Indoor Soccer Championship after beating the Uruguayan team in the final.

In 2015, Venezuela won the FIBA America championship in Mexico City in basketball and won second place for the Olympic Games. In that same year, the Venezuelan U-15 men’s baseball team became world champions in Chihuahua.