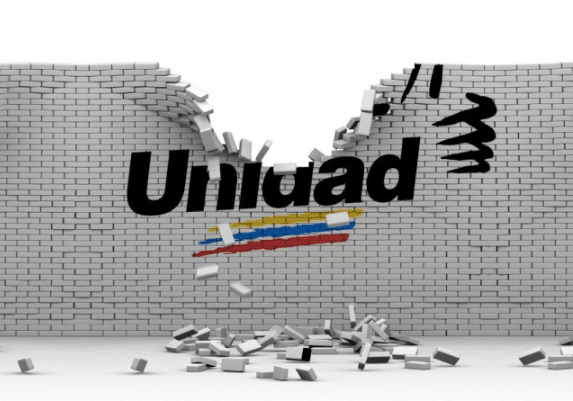 Juan Guaidó, the self-appointed “interim president” (since January 2019) of Venezuela, could not be having a good time if he were really conscious and responsible. He is not, because he is only a puppet. Puppets’ job is to hide the hand that makes them move and only to appear to be speaking according to the script of the puppeteer.

In real life, the puppeteer US, a.k.a the empire, has given the individual Juan Guaidó, who is not running any government, Venezuelan-owned companies outside Venezuela worth billions of dollars to “manage”. The empire’s job is to pick and choose carefully who can do its dirty job of control, domination and stealing wealth that helps the goal of regime change.

If that involves losing the companies and billions of dollars through mismanagement and corruption, so be it. That’s what we learn from a recent media report.

An article in the Orinoco Tribune reports that the opposition party Primero Justicia (PJ – Justice First) is blaming another opposition party, Voluntad Popular (VP – Popular Will), and Juan Guaidó for “misuse of national assets abroad”. In their communiqué the PJ party concludes “we announce our decision to no longer participate in discussions that deal with matters related to assets abroad.” However, the PJ cannot be absolved for having had full complicity in stealing “assets” from the legitimate Venezuelan State represented by president Nicolás Maduro.

The asset in reference is the Venezuelan company Monómeros based in Colombia, which is a subsidiary of PDVSA. PDVSA is the Venezuelan oil corporation that in turn has been brutally and illegally sanctioned by the US government since 2019 seriously curtailing the production and trade of Venezuelan oil. This has resulted in a dramatic drop in public revenues needed to finance the Venezuelan economy. Monómeros processes raw material for the production of fertilisers used by Colombian farmers. As a consequence of the mismanagement of Monómeros under the board appointed by Guaidó the company is forced to file for bankruptcy resulting in the Colombian government’s regulators intervening and threatening a takeover of the company.

There is an irony behind this story. The former board chair of Monómeros appointed by Guaidó – she has now resigned – is reported by Reuters saying that Nicolás Maduro’s demands to regain control of the company have “generated a problem in the market in terms of mistrust and a reduction of risk appetite” leading to the company’s losses. She did not entertained the possibility that it may have been the illegal appropriation of the company by a fake president that may have caused the financial collapse of Monómeros. Further to that, she failed to see the obvious parallel that the US government’s “demands to regain control” of Venezuelan oil resources (through “sanctions”) are in fact responsible for generating the economic crisis in Venezuela. Her former boss, Juan Guaidó, has been persistently and irresponsibly calling for US coercive measures against his own country.

But the same story has an additional political side. Or, is it a soap opera with political undertones?

In Venezuela there are more than 3 dozen political parties. The more prominent parties can be roughly classified in three categories, the composition of which may quickly change due to their political fluidity: 1) those who coalesce under Chavismo, the Bolivarian Revolution and the governing party, Partido Socialista Unido de Venezuela (PSUV – United Socialist Party of Venezuela), albeit maintaining some ideological differences; 2) those who are on the opposition (often described as democratic opposition) and have attempted to gain power participating in the political life and the electoral process with a centre-right position; and 3) those who are on the opposition with a right/extreme rightwing ideology, who have attempted to overthrow the government by any means including violent actions, and have refused to participate in elections. Their position on elections has changed recently and they have announced their participation in the regional elections of November 21 under a Unitary Platform. It is this third category that the US government supports.

The bickering parties in this story belong to the third category. Together with Acción Democrática and Un Nuevo Tiempo parties these four parties are referred to as the G4 coalition and are currently participating in the government-opposition dialogue in Mexico. However, the mutual blaming in relation to Monómeros should not make us believe that the PJ party is now a reformed party that defends the Venezuelan people or Chavismo. PJ is a rightwing party determined to overthrow the legitimate Maduro government elected in May 2018.

Their bickering has deep old roots of divisions and antagonism based on personal interests that is pervasive to the majority of the parties and their leaders in the third category. Still relevant today is the remark by former Secretary of State Mike Pompeo reported in the Washington Post in June 2019, “Our conundrum, which is to keep the opposition united, has proven devilishly difficult. The moment Maduro leaves, everybody’s going to raise their hands and [say], ‘Take me, I’m the next president of Venezuela.’ It would be forty-plus people who believe they’re the rightful heir to Maduro.”

Pompeo’s “devilish difficulty” is a reference to the decision the US government made picking Juan Guaidó as their favourite puppet. That must have created major discontent among many other wannabe puppets that is still latent today and we are likely seeing it directed at Guaidó. After all, as the chosen head puppet, Juan Guaidó does have some control (in puppet terms) over the multi billion dollar assets abroad belonging to the Venezuelan people that includes the large PDVSA subsidiary, CITGO valued at $8 billion, which has been illegally appropriated by the US government, and the Venezuelan gold deposit valued at more than $1 billion that has been seized by the UK government.

In another story in the online outlet venezuelanalysis.com Guaidó is “under fire over alleged $1.3 billion” involving CITGO. He not only seems to have little accountability for his mismanagement, he also has a reported monthly salary of $5,000 for his “work”. In addition, he has been questioned over the missing $472 million that USAID handed over for “Venezuelan humanitarian crisis” and “democracy promotion”. US taxpayers should ask questions too.

Further, VP split from PJ based on differences on tactical actions to topple Maduro although they share the same ideology. The two party leaders are respectively Leopoldo López, self-exiled in Spain, and Julio Borges, self-exiled in Colombia. Both are sought by the Venezuelan justice for crimes committed in Venezuela. Juan Guaidó is a leading member of VP.

Mike Pompeo’s remark triggers the image of the extreme rightwing opposition acting in a TV soap opera with all the essential elements: jealousy, betrayal, lost love, lies, intrigue, and suspense with a political background. The performance takes place in Venezuela with limited international viewing, it is (mis)directed and produced by the US State Department, with adaptation from old CIA scripts. Viewers discretion is advised.