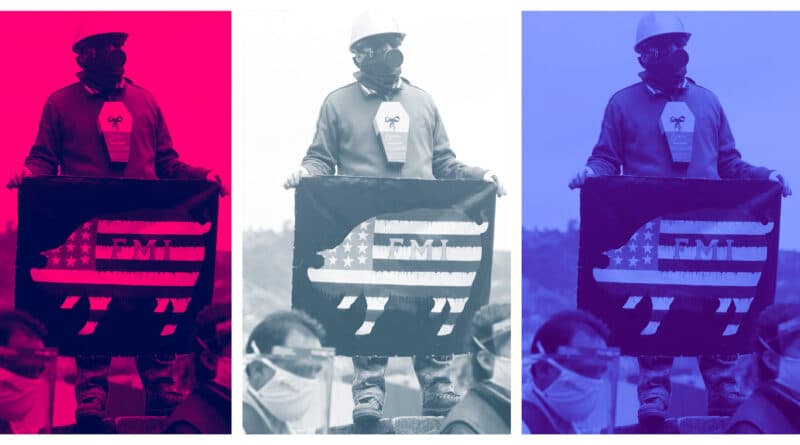 76 of the 91 loans the IMF has negotiated since the beginning of the coronavirus pandemic come attached with demands for deep cuts to public services and policies that benefit corporations over people.

The enormous economic dislocation caused by the COVID-19 pandemic offers a unique opportunity to fundamentally alter the structure of society, and the International Monetary Fund (IMF) if using the crisis to implement near-permanent austerity measures across the world.

76 of the 91 loans it has negotiated with 81 nations since the beginning of the worldwide pandemic in March have come attached with demands that countries adopt measures such as deep cuts to public services and pensions — measures that will undoubtedly entail privatization, wage freezes or cuts, or the firing of public sector workers like doctors, nurses, teachers and firefighters.

The principal cheerleader for neoliberal austerity measures across the globe for decades, the IMF has recently (quietly) begun admitting that these policies have not worked and generally make problems like poverty, uneven development, and inequality even worse. Furthermore, they have also failed even to bring the promised economic growth that was meant to counteract these negative effects. In 2016, it described its own policies as “oversold” and earlier summed up its experiments in Latin America as “all pain, no gain.” Thus, its own reports explicitly state its policies do not work.

“The IMF has sounded the alarm about a massive spike in inequality in the wake of the pandemic. Yet it is steering countries to pay for pandemic spending by making austerity cuts that will fuel poverty and inequality,” Chema Vera, Interim Executive Director of Oxfam International, said today.

“These measures could leave millions of people without access to healthcare or income support while they search for work, and could thwart any hope of sustainable recovery. In taking this approach, the IMF is doing an injustice to its own research. Its head needs to start speaking to its hands.”

Oxfam has identified at least 14 countries that it expects will imminently freeze or cut public sector wages and jobs. Tunisia, for example, has only 13 doctors per 10,000 people. Any cuts to its already scant healthcare system would cripple it in its fight against the coronavirus. “If people can’t afford testing and care for COVID-19 and other health needs, the virus will continue to spread unchecked and more people will die. Out-of-pocket healthcare expenses were a tragedy before the pandemic, and now they are a death sentence,” Vera added.

Ecuador is a perfect example of the consequences of IMF actions. Previously ruled by the radical administration of Rafael Correa, who made poverty reduction a priority, condemned the IMF and its sister organization the World Bank, and gave asylum to Western dissidents like Julian Assange, the country has been ruled by Lenin Moreno since 2017. Moreno immediately began unpicking Correa’s legacy, even attempting to prosecute him. In 2019, on orders from the IMF, Moreno slashed the country’s health budget by 36 percent in exchange for a $4.2 billion loan from the IMF, a move which provoked massive, nationwide protests that threatened to derail his administration.

The results were near-apocalyptic, as the country’s largest city, Guayaquil, became the worldwide hotspot for coronavirus, with bodies left to rot in the streets for days as services were overwhelmed. The city suffered more deaths than New York City at its height, and with far less infrastructure to deal with the problem. While the official number of cases in the country is low, the death rate has been among the highest in the world, suggesting that services have been completely overwhelmed.

RELATED CONTENT: UN Warns on Consequences of Denying IMF Financing to Venezuela in the Fight Against Covid-19

Earlier this month, Moreno announced a new $6.5 billion deal with the IMF, who has advised his government to backtrack on emergency increases in health spending, stop cash transfers to those unable to work due to the virus and to cut fuel subsidies for the poor.

The IMF also directly interferes with the internal politics of sovereign nations. In March, it refused to lend to the Venezuelan government because of the “lack of clarity” about who was in charge, suggesting that the democratically-elected Nicolas Maduro would have to step down before they would consider lending to the country. At the same time, however, self-declared president and opposition figure Juan Guaidó announced that he had secured a $1.2 billion commitment from the organization on the proviso that Maduro resigns and allow an “emergency government” to take control of the country. A poll taken in the same month by a sympathetic pollster found that only three percent of Venezuelans backed Guaidó.

In crisis, there is always opportunity. For many, the pandemic is an opportunity to reorient the economy away from mass consumption and towards a more ecologically sustainable system. For the IMF, however, it is being used to push through more privatizations and austerity measures that invariably enrich the wealthy and weaken the poor and the powerless. It appears that, if the organization has its way, that it will be the poor who pay for the pandemic, while the rich prosper.

Featured image: A demonstrator holds a banner against International Monetary Fund during a protest in Quito, Ecuador, May 18, 2020. Photo | Dolores Ochoa. Editing by MintPress News