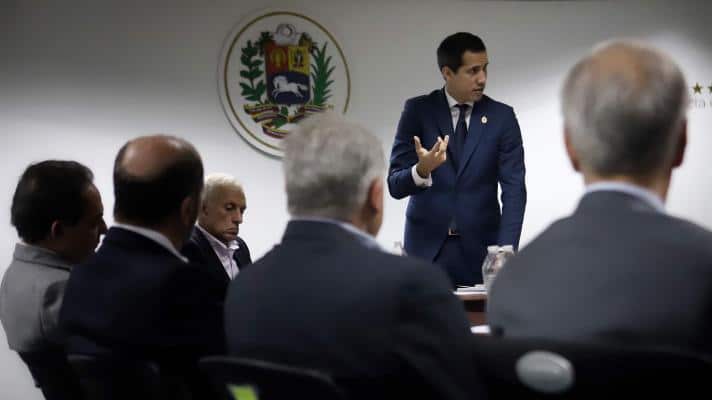 On Tuesday, February 23, the Comptroller General of Venezuela disqualified former deputy Juan Guaidó and 27 other former parliamentarians from holding public office for a 15-year period, following their refusal to present an affidavit of assets after leaving their positions as legislators, as requested of all public servants for several decades.

The comptroller of Venezuela, Elvis Amoroso, said in an address broadcast by VTV that Guaidó and the other 27—many of them direct collaborators of the US puppet—may “have something to hide” by refusing to present the affidavit of assets.

“We know that these characters are involved in acts of corruption, they have seized the money of all Venezuelans,” added the comptroller, referring to the facts reported by the media and revealed by National Assembly investigations.

Among those barred are former deputy Julio Borges, who serves as Guaidó’s commissioner for foreign relations, and Sergio Vergara, who was Guaidó’s right-hand man.

“It’s appropriate to remind the Venezuelan people that the sworn declaration of assets is a moralizing instrument, that it constitutes a preventive control mechanism in the fight against corruption and the monitoring of the conduct of public servants,” said Amoroso.

In recent public statements by the Venezuelan Comptroller, he invited and reminded all the deputies from the outgoing National Assembly to comply with this basic and very simple procedure, which can now even be filed online. He also reminded all outgoing deputies of the legal ramifications of not complying with the law.

Featured image: Among those disqualified are Juan Guaidó, Julio Borges and Sergio Vergara, among others (Photo: Leo Álvarez).