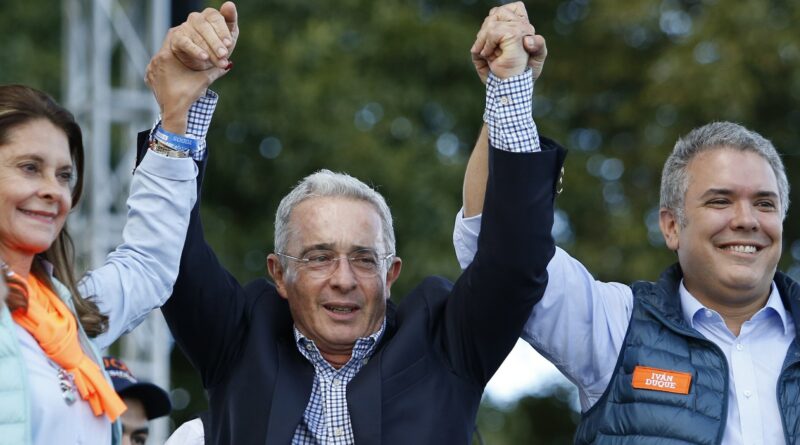 An investigative article by UK propaganda outlet Financial Times began by describing the back-breaking labor of those employed to manually remove illegal coca crops in Colombia. They are “losing the war,” wrote the media outlet, because “once they’ve cleared a field, the coca growers return and replant.”

The report added that, during the government of Iván Duque, 29 of these laborers have been murdered and 200 more have been injured, including many who lost their limbs from landmines.

“Coca production has soared,” the media outlet wrote, citing UN figures indicating that between 2012 and 2017 it increased by more than 250%.

Although the campaign against illegal crops has had some effect, since the land under cocaine production apparently diminished from 171 thousand hectares in 2017 to 154 thousand in 2019, the media specified that Colombia is “the world’s largest producer of coca leaves and cocaine.” Referring to the shadowy era of the Medellín Cartel, Financial Times wrote that “Colombia produces more cocaine now than it did in the early 1990s when drug cartel leader Pablo Escobar was at the height of his notoriety.”

According to United Nations figures, Colombia “accounts for 70% of global supply of the drug [cocaine] while US authorities say 89% of the cocaine they seize appears to come from Colombia.”

Financial Times shared a graph that shows the accelerated growth of cocaine production in Colombia between Escobar’s death and 2000, when the Plan Colombia deal was signed with the United States.

Production declined with the new millenium, until about 2013, when it increased again. Since then it has risen—although the graph does indeed show the aforementioned decline towards 2019—according to data provided by the United Nations Office on Drugs and Crime (UNODC).

Colombia produces more cocaine now than it did in the early 1990s when drug cartel leader Pablo Escobar was at the height of his notoriety https://t.co/1oQigqFb0M pic.twitter.com/7euYu0ByT5

The newspaper went on to detail the debate within Colombia whether to resume aerial spraying with glyphosate, due to the scientific evidence that this substance causes cancer, in addition to the harmful effects for Colombian agriculture: “In rural Colombia, some farmers remember the old days of aerial spraying with horror. It was an inexact science. Planes swooped down over fields, spraying coca but also other, legal, crops. Corn, cacao, bananas and even cows were doused in weed killer.”

Although the media also cited other sources that assured that the Armed Forces would not spray the small plots near houses but rather “industrial-sized coca plots that drug traffickers sow far from towns and villages,” the glyphosate debate continues—as does the coca production.