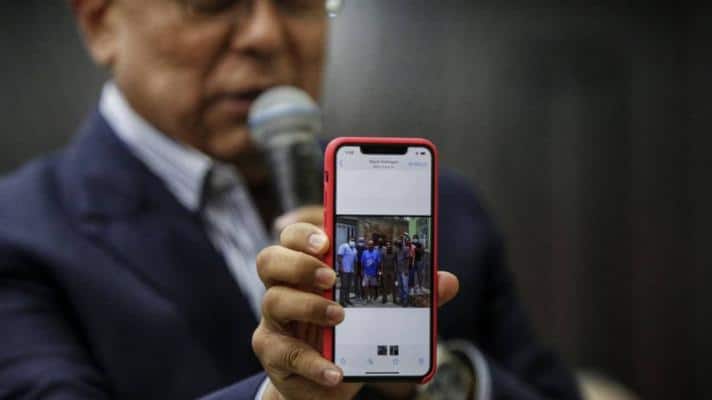 The relationship between Venezuelan opposition sectors allied with Juan Guaidó and criminal groups in the capital city of Venezuela and other parts of the country is a fact. We need only recall the synchronicity between acts of violence by armed gangs in Caracas and the arrival of mercenary groups on the Venezuelan coast during Operation Gideon last year, or the simultaneity between similar acts of violence and the paramilitary incursions from Colombia in Apure state.

Now, with the advances that have been made in the national political dialogue, the renewal of a National Electoral Council (CNE), which includes the expression of different political currents, and the agreement to hold regional and municipal elections on November 21, it seems there is an inclination among extremist groups to use these criminal gangs to disturb the relative stability that the Bolivarian Government has painstakingly constructed in recent months.

This tendency is what President Nicolás Maduro was referring to last Tuesday, June 8, when he warned that right-wing sectors “are putting in a lot of money to buy criminal gangs and generate violence in poor and working-class neighborhoods.”

The Venezuelan president made it clear that actions will be taken to stop the financing of crime. He particularly addressed the politicians involved, so that after responsibilities are determined and a judicial ruling is issued, “they will not come out and say that they are politically persecuted, to get a statement from OAS’s Almagro.”

In a previous statement, the president of the National Assembly (AN), Jorge Rodríguez, also indicated that there is a relationship between criminal gangs and extremist opposition leaders who have always chosen anti-political avenues to confront the government, specifically Juan Guaidó and Leopoldo López.

Rodríguez was responding to accusations by the opposition deputy Luis Ramos regarding an alleged lack of control by the Venezuelan State faced with isolated violent situations caused by criminal groups in working-class barrios.

“It is true that the underworld does not look at political colors, but maybe they do have a political color in their pockets or guns,” Rodríguez commented. “Or maybe there are activists from terrorist groups distributing money to these criminal gangs in Petare, in La Vega, in La Cota 905, in Apure, in Guárico.”

There are too many “coincidences” not to think that the extremist anti-Chavismo coordinates crime. This is how Rodríguez saw it in his speech, when he recalled that the gangs are activated at a specific time and day, that Guaidó and Leopoldo López’s representatives have been seen distributing money to criminals, and that criminals such as Iván Simonovis take advantage of these events and use them as ammunition in the smear campaign against Venezuela.

Added to the statements by the president of Parliament is the evidence provided by PSUV deputy Pedro Carreño, who showed a photograph of the Popular Will politician, Gilber Caro, posing with criminal gangs. Carreño also condemned alleged human rights activists for sabotaging security agencies’ operations to combat criminal groups.

The AN is investigating the case and soon the nation will be shown additional photographic and audiovisual evidence confirming that representatives of Popular Will distributed dollars in La Vega parish, Caracas.