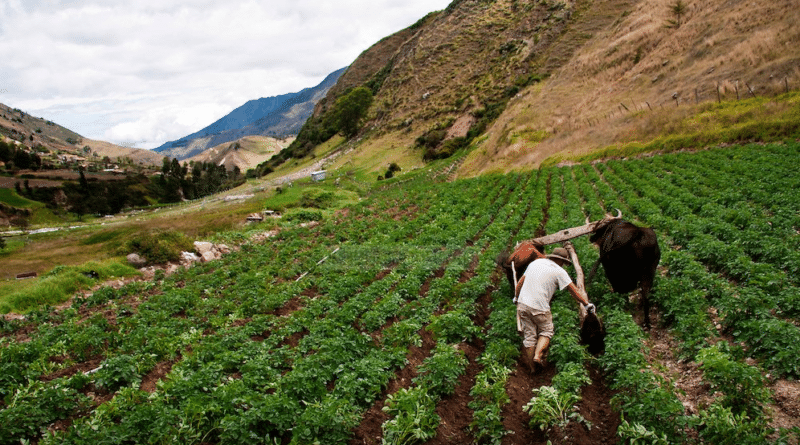 The President of the Republic, Nicolás Maduro, disclosed this Wednesday that 82% of the food consumed in the country is produced domestically.

“We can say that 82% of the food that you get in the street is produced by Venezuelan hands, an achievement in the middle of the war,” he said.

The national president also announced the creation of a school for workers in the fishing industry to be trained at all levels, “because we have the capacity to promote national production policies.”

In this regard, he urged Minister Juan Laya to create a school at which workers in the fishing industry could study and be formed ideologically—”a school where our fishers gain an identity and are strengthened to unite the areas of the territory,” explained Maduro.

During a working meeting for the improvement of the Permanent Agricultural Production program, in the state of La Guaira, the head of state affirmed that Venezuela is on a path is to produce all of its food in order to achieve sovereignty and supply of the population’s consumption needs.

Maduro added that Venezuela’s countryside experienced a tragic abandonment, as the nation’s arms were figuratively amputated when capitalism arrived and the nation suffered from a century of oil rentierism.

The dignitary highlighted the National Government’s recovery of agriculture in the country. “Commander Chávez said that he was going to recover the Venezuelan countryside… [that] it will not be easy, nor quick, but it must be done—he said at the time—and he was the one who started the process because here the memory of agriculture had been erased,” Maduro commented. “Today Venezuela is positioning itself in production.”

The financial system should be at the service of production
The Vice-President of the Republic Delcy Rodríguez challenged public and private banks due to the poor execution of financing plans for the Single Productive Portfolio that ensures the dynamic performance of the agro-industrial, livestock, and fishing sectors of the national economy.

In this sense, she lent support to the statements made earlier in the day by the Superintendent of Banking that instructed banking institutions to liquidate, in a diligent and expeditious manner, loans destined for the agri-food sector that has already been approved by the Steering Committee of the Single National Productive Portfolio.

Likewise, Vice-President Rodriguez stated that in a few hours “other measures will be taken in this regard, in order to guarantee Venezuela’s production.”