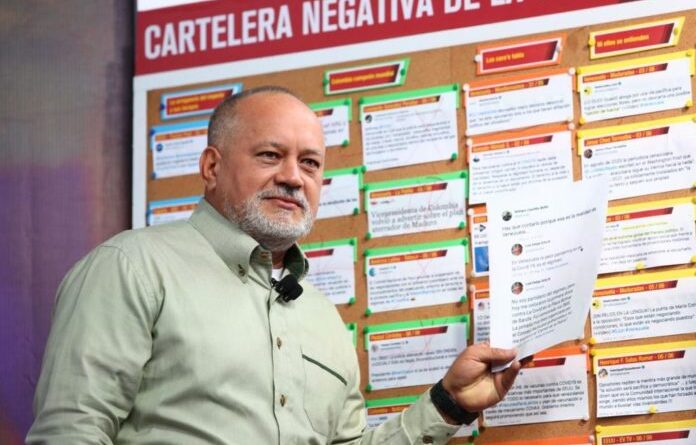 The First Vice President of the United Socialist Party of Venezuela (PSUV), Diosdado Cabello, warned the leaders of Chavismo who currently hold government positions that they should not block the way of other candidates nominated by the bases for the primaries scheduled for August, in preparation for the 21N [November 21] Regional Elections.

In this regard, Cabello made it clear that these types of actions are contrary to the moral integrity that characterizes the PSUV line, and that non-compliance with the rule will be grounds for exclusion from the party. For this reason, no official should use his position of power to prevent another aspirant from running.

“Be careful with that, colleagues who are in posts of responsibility,” he said. He also said that the primary elections are a great opportunity to play fair, through the process that the revolutionary organization will apply.

With this revelation that he received information about such situations occurring in certain political areas, Cabello sounded the call so that there would be no abuses in the application process for the primaries in which all party members are invited to participate and run.

Cabello commented that no official should submit names or suggestions for candidacies. “You will not see President Maduro, or me, putting names anywhere,” he confirmed. “Whoever must win will win.”

Let the bases decide
Regarding the dynamics of the nomination process of the United Socialist Party of Venezuela, Diosdado Cabello was emphatic when stating that those from the grassroots must decide—from the UBCH (Bolívar-Chávez Battle Units), who present the candidates for the open primary elections.

“We must trust our people—that our people express themselves—and no one is authorized or has the power to prevent another person from running,” said Cabello. “And if those dirty war games start, we are going to find out because we find out about many things.”

On the other hand, he said that Chavismo promotes a model of an internal electoral process that the opposition cannot carry out. Cabello recalled that when the right wing held a supposed primary election in 2012, they decided to burn the minutes because they cheated each other.

In addition, Cabello explained that officials nominated from UBCH should only ask the Party for permission at the time they will proceed to participate in the August 8 primary elections, and not throughout the previous process.

Similarly, he recalled that to reach the primary elections, the leader must have the consent of the National Directorate and, in addition, accept the nomination for which he or she had received the support of the majority of the party members.