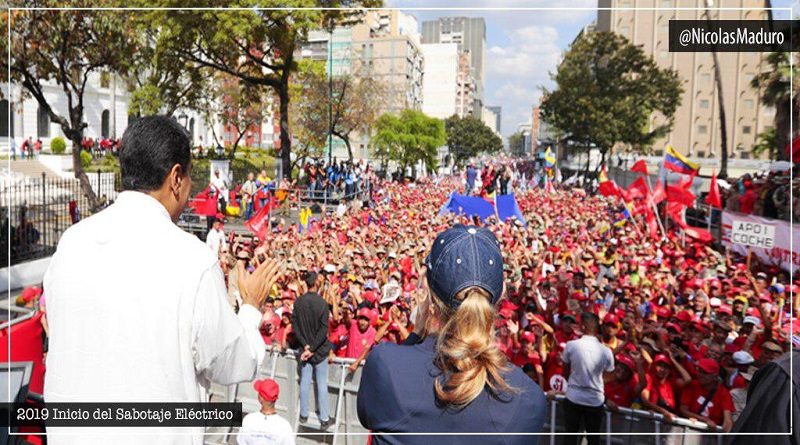 The president of the Bolivarian Republic of Venezuela, Nicolás Maduro, highlighted on Saturday the capacity of resistance and solidarity of the Venezuelan people, one year after the terrorist attacks against the National Electric System (SEN), which deprived the Venezuelan people of basic services derivative of electrical energy.

The people of Venezuela in 2019 demonstrated their awareness and organizational capacity in the face of these electric attacks orchestrated by the US empire and the national extreme right, which generated a greater unity of the people in the face of adversity and raised levels of awareness and struggle to preserve the peace and stability of the country.

The National Electric System is composed of a large number of infrastructures, most of which are located in the state of Bolívar, Guayana region, where the largest hydroelectric complexes in the country operate.

It has an installed generation capacity of 24,000 megawatts (MW). The SEN is governed by the National Electric Corporation (Corpoelec).