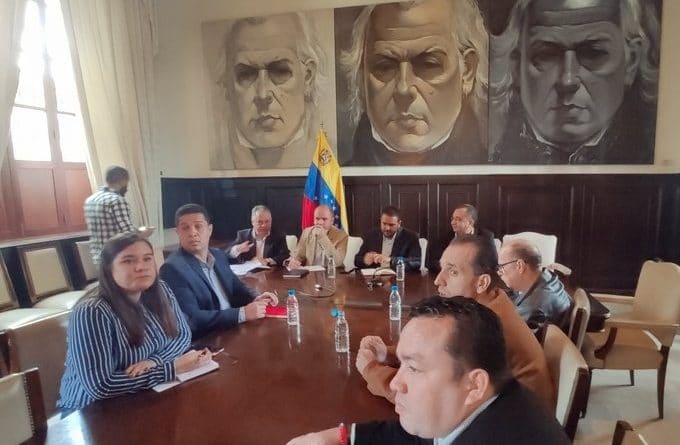 The deputies of the “Bloque de la Patria” (progressive parties supporting President Maduro) and of the Venezuelan opposition in the National Assembly -including deputies from Guaido’s bench- announced that the nominations time for the Preliminary Commission that will choose the members of the new National Electoral Council (CNE) was over.

The preliminary committee was installed last December, but the elections of the new leaders of the National Assembly on January 5 headed by Jose Brito and the refusal of the deputy Juan Guaidó to accept his defeat, blocked the work of the group.

The deputy to the National Assembly for the Justice First (PJ) party, Angel Medina, stressed that the commission responsible for evaluating the candidates received 73 applications from 68 social organizations from different sectors throughout the country.

“Today we are here reuniting our efforts. We are resuming the work together. We want to unlock the crisis and for this, the new CNE is a fundamental step,” Medina said.

RELATED CONTENT: Timoteo Zambrano: “We are About to Reach an Agreement for a New CNE Board” (National Dialogue Table)

He also highlighted the political will of the opposition sectors gathered at the dialogue table with the Bolivarian government.

For his part, the representative of the Bloque de la Patria and deputy of the United Socialist Party of Venezuela (PSUV), Julio Chavez, said that the meeting between the opposition and the ruling party took place on amicable terms in the Federal Legislative Palace, headquarters of Venezuela’s National Assembly.

Both delegations reported that next Wednesday, February 26, they will reveal the names of the 10 men and women who will make up the Council of Nominations for the new CNE board.

Chavez stressed that the “Bloque de la Patria” recognizes and respects the Venezuelan opposition gathered in the discussion: “We are aligned by virtue of the progress made at the Dialogue Table. We are ready to finish renewing the electoral power.”

The National Dialogue Table was initiated last September and in it, the Bolivarian government and some sectors of the opposition participate to facilitate political dialogue in Venezuela.

The head of state, Nicolás Maduro, has reiterated, on several occasions, his commitment to compliance with the agreements established in the dialogue.

The release, by the Attorney General’s Office, of 24 citizens involved in the 2014 and 2017 violent protests against the legitimate government of Nicolas Maduro, is one of the steps taken by the Executive as a sign of wanting to guarantee peace in the country.

Members of the National Dialogue Table seek to solve political frictions and overcome the economic crisis that has been generated by the commercial blockade imposed by the United States through sanctions that attack the stability and sovereignty of the South American country.