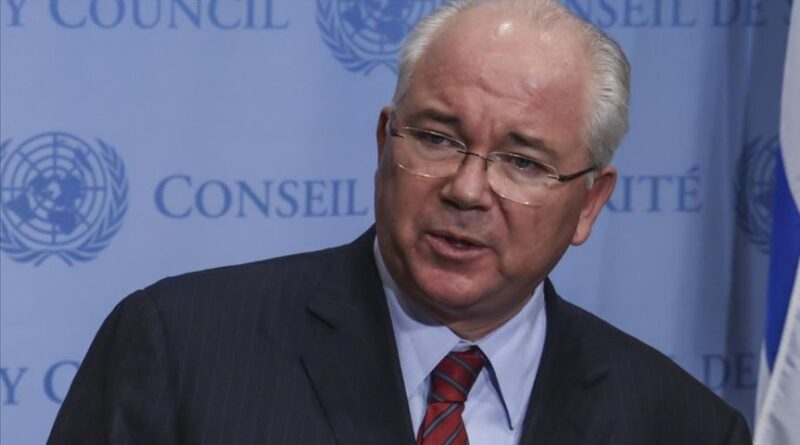 The Criminal Chamber of the Supreme Court of Justice (TSJ) declared valid the request for extradition made against the former president of PDVSA, Rafael Ramírez, as read in Judgment No. 55, drawn up by magistrate Juan Luis Ibarra. Ramírez is in Italy, the country from which Venezuela requests the extradition of the former Minister of Energy and Petroleum, to be subjected to criminal proceedings for the alleged commission of the crimes of fraudulent embezzlement, evasion of the bidding procedure and association to commit crimes. The sentence indicates that Venezuela assumes the commitment to judge Ramírez only for the aforementioned crimes.

“The requested will not be sentenced to death, life imprisonment, or infamous sentences or penalties over 30 years, for which purpose, if applicable, the time he may be detained in the Italian Republic will be taken into account, on the occasion of this extradition procedure,” the limited ruling of the Criminal Chamber reads.

The investigation into Ramírez began on June 8, 2017 by the 12th National Prosecutor’s Office against Corruption, due to the existence of alleged irregularities in Contract No. 4600036377, signed between the company PDVSA Servicios and the mercantile company Petrosaudi Oil Services (Venezuela), consisting of gas drilling and extraction in the framework of the Mariscal Sucre project.

The contract was awarded directly to Petrosaudi, by virtue of the sinking of the Aban Pearl platform on May 13, 2010. The PDVSA directive indicates, as justification for the hiring, only that the company remain available until end of the selection process and that it have the equipment capable of carrying out the operations in Venezuelan waters and so ‘fulfill the volumetric commitments established with the Oil Sowing plan’.

The Public Ministry explained in its investigation that the contract was established with a duration of 7 years, for a daily fee of US $ 460,888.70, which Pdvsa Servicios would have to cancel, only for the possession of the ship, that is, maintaining the ship parked without working, which over the seven years, would reach a total of US $1,175,300,000.00.

When carrying out an analysis, the Public Ministry concluded that compared to the total amount of the hiring for the operation of the ship, which was US $ 1,302,645,907.86, it was of little benefit to PDVSA, since the difference was minimal, combined to that, the amount of the rate increased 3% for each year the contract went forward.

Due to this investigation, on August 16, 2018, the 10th Control Court of Caracas issued an arrest warrant against Ramírez and ordered Interpol to issue the international red notice. That same day, the Public Ministry asked the 10th Court to start the extradition process for Ramírez, who was in Spain at the time.

A year later, specifically on November 6, 2019, the 67th provisional prosecutor with jurisdiction over corruption, requested the 10th Court to initiate a new procedure for the active extradition of Rafael Darío Ramírez Carreño, “because he had knowledge that said citizen was currently in foreign territory, specifically in the territory of the Italian republic.”