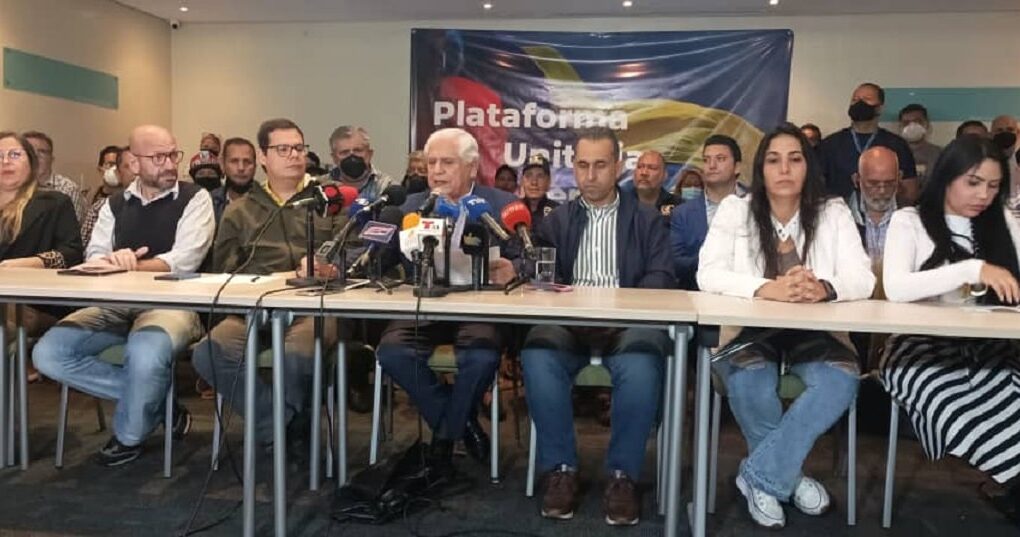 This Tuesday, June 28, Omar Barboza, the secretary general of the far-right opposition group, the so-called Unitary Platform, announced that the date of the organization’s primary elections will be announced before the end of 2022, and will be held in 2023.

During a press conference, Barboza reported that process includes various stages, such as the promotion of the primaries, the determination of regulations, and the formation of the electoral commission.

“What we have agreed on is that this year we are going to set the date for the primary that will be held in 2023,” Barboza said.

He said that the process would be designed to accommodate the participation of candidates from all parties, and not just those from the Unitary Platform.

RELATED CONTENT: Leopoldo and Lilian on Vacation with Money Stolen from Venezuelans

Barboza also said that he hopes that candidates who are truly committed to change will register for the primary elections, in order to alleviate the divisiveness that has plagued this segment of the Venezuelan opposition.

Barboza added that a special commission has been formed, which includes himself and Freddy Superlano, to work on the issue of disqualified politicians, a process that is carried out alongside the delegation that is in the process of negotiating with the national government.

According to many analysts, the main impetus of the opposition in pushing for the resumption of the Mexico Talks is to demand amnesty from Venezuela’s government, and prevent criminal charges against numerous extremist opposition politicians, most of whom live abroad after breaking the law in Venezuela.

“There is great receptivity to our approach from the parties,” Barboza said. “As for Mexico, there may be agreements that affect the primaries, but we cannot determine the development of that negotiation.”

Barboza mentioned that the primaries will be overseen by a so-called national electoral commission, which will be responsible for determining the technical and logistical support of national and international organizations.

The plan also envisions a technical commission coordinated by experts, to advise all the practices, and ensure that all Venezuelans over 18 years of age inside and outside of the country can vote. He did not mention if they would request technical assistance from the National Electoral Council (CNE), Venezuela’s elections authority, that has this role among its responsibilities.

He indicated that the Unitary Platform will launch a web page on July 1, so that the population can propose ideas for the process.

“You will see the strength of this Platform that is already being established in all the states of the country, and soon also in all the municipalities,” Barboza added.