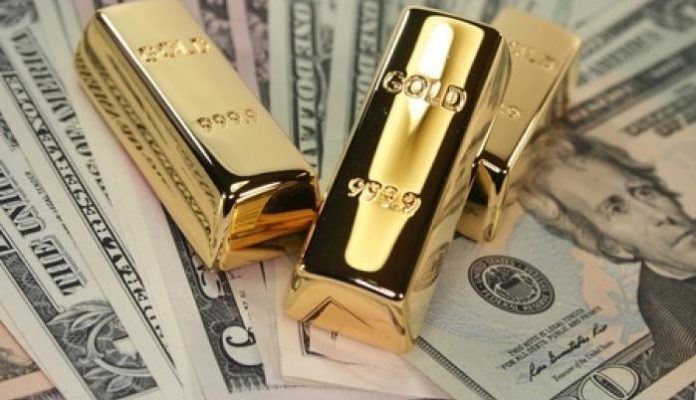 The Central Bank of Venezuela (BCV) has publsihed on its website a considerable increase in Venezuela’s international reserves. This is quite unprecedented since the country has been subjected to an economic and financial blockade by the United States, Canada and the European Union.

The official BCV website reveals that the reserves are currently at $11.3 billion, representing an increase of $5.1 billion, according to the spreadsheet that tracks the daily movements of the reserves.

As for the origin of the funds, the International Monetary Fund (IMF) has allocated for Venezuela about $3.6 billion in the month of August within the framework of Venezuela’s Special Drawing Rights (SDR). Those resources were denied earlier, citing the blockade. In the same spreadsheet on BCV website, one can see similar allocations from December 2009 to December 2014, totaling more than $13.3 billion during the last years of former President Hugo Chávez’s administration.

SDRs are interest-bearing reserve non-repayable assets which derive from members’ quotas, and are provided in dollar, euro, yen, pound, and yuan. Created in 1969, SDRs look to “supplement other reserve assets” and “reduce members’ reliance on more expensive domestic or external debt.”

In March 2020, the International Monetary Fund (IMF) blocked Venezuela’s request for an emergency fund for the COVID-19 pandemic, with the excuse that President Nicolás Maduro “lacked recognition.” “IMF engagement with member countries is predicated on official government recognition by the international community, as reflected in the IMF’s membership. There is no clarity on recognition at this time,” a spokesperson for the international banking organization said at that time, despite the fact that about 150 countries—including the vast majority of UN member states—recognize Maduro’s government.

During the second round of the Mexico Talks held in Mexico City at the beginning of September, the Venezuelan government and the opposition signed two partial agreements. In the joint statement made public at the end of the negotiation it was stated: “The parties agreed to establish mechanisms for restoring and obtaining resources to meet the social needs of the population, with special emphasis on the effects of the COVID-19 pandemic, including those from multilateral organizations that the Republic has the right to access.”

The statement also included the agenda for the upcoming third round of the Mexico Talks, scheduled for the end of September:

What does this increase in international reserves mean?
International reserves are a country’s financial assets invested abroad by the Central Bank of the country. The greatest attribute of these reserves is liquidity, which on the one hand supports the national currency, and on the other allows payment obligations outside the country to be settled.

In this sense, it is understandable that the more international reserves a country has, the more possibilities it has to circumvent the variables that affect the value of the local currency, hence slowing down inflation.

Armchair communists complaining
In a statement released on Saturday, September 11, the Communist Party of Venezuela (PCV) “energetically opposed” the “Mexico Pact [which] has taken the first step in returning Venezuela to the financial institutions of the Washington Consensus.”

“It would be innocent to think that these forces [behind the IMF] will not take advantage [of the allocation of assets] to impose conditions… which may include serious consequences in terms of labor rights,” the statement continued, while acknowledging the country’s severe funds crisis.

Many “progressives” in Venezuela have been denouncing what they call an alliance of President Maduro with local and international capital. However, these sectors refuse to do a dialectical analysis of the real context of the complex reality that Venezuela is facing, many analysts opine.

“These so called communists have been playing the game of the extreme right and the United States, trying to sow division among the Chavista ranks,” a political analyst consulted by Orinoco Tribune commented. “However, it is difficult to bring about this division because of the clear communication between real Chavista leadership and the people who can see who are the ones really paying attention to their problems.”

“Criticizing the Mexico Talks—a sovereign approach Maduro administration has achieved, forcing the weakened extreme right anti-Chavisto to seat in a negotiation table after countless defeats, in order to try to rescue State assets seized abroad and the lifting of illegal sanctions—such criticisms are extremely worrying, to say the least,” added the expert, referring to the position of PCV and Popular Revolutionary Alternative (APR) that PCV leads with other “leftist” political parties.

“Having an increase of about 86% in the international reserves,” stressed the analyst, “without signing any letter of understanding with the IMF, because SDRs do not require that, and thus securing resources to stabilize the exchange rate market and inflation, is something that could not be criticized by any means. If one does it, you have to look at them carefully, as well as those opposing any sovereign strategy to recover Venezuelan assets seized abroad or illegal sanctions,” he concluded.