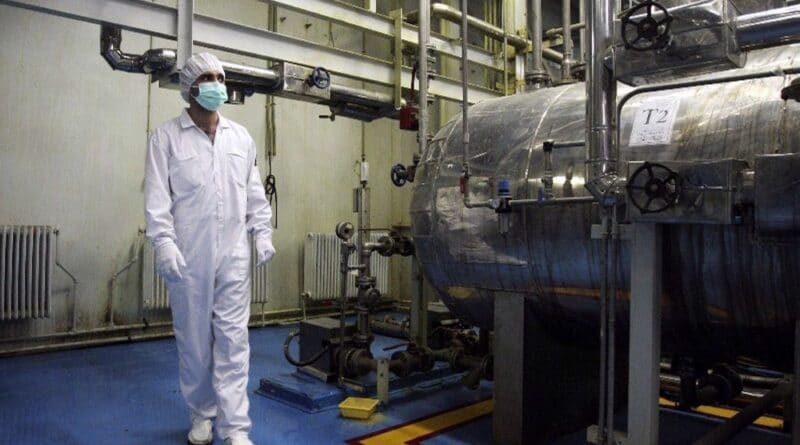 The head of the Atomic Energy Organization of Iran (AEOI) says the cameras installed at the country’s nuclear sites as part of the 2015 nuclear deal were deactivated due to the failure of the other parties to live up to their commitments.

Speaking to reporters on Wednesday on the sidelines of a meeting of the Parliament’s National Security and Foreign Policy Committee, Mohammad Eslami said that under regulations of the International Atomic Energy Agency (IAEA) and the Safeguards Agreement, the agency’s cameras record data at Iran’s nuclear sites just like other sites across the world.

“In addition to the obligations that Iran needs to undertake under the Safeguards Agreement and it needs to be transparent, a number of cameras were installed as part of the JCPOA. However, the other parties did not honor their commitments, so there was no need to keep the cameras,” he explained.

Eslami said that a number of the cameras were damaged in the wake of recent “terrorist operations,” thus resulting in two “extremely strict and destructive” reports by the IAEA.

He, however, added that in order to clear up any ambiguity, a meeting was held with the IAEA director-general.

He expressed confidence that as a result of the meeting there would be no ambiguities left regarding the country’s peaceful nuclear program and Iran would not continue to meet those JCPOA commitments that should not continue under a law approved by the parliament.

Last week, the AEOI spokesman said since the Iranian Parliament passed the Strategic Action Plan to Counter Sanctions, the IAEA inspections in Iran have remained limited to what is allowed under the Safeguards Agreement between Tehran and the agency.

“Based on the Islamic Consultative Assembly (Iranian Parliament)’s Strategic Action Plan to Counter Sanctions, two months after this law was approved, and since no steps were taken to remove anti-Iran sanctions, we announced that there would be no more inspections beyond the Safeguards Agreement in the country,” Kamalvandi said.

In December 2020, the Iranian Parliament passed the Strategic Action Plan to Counter Sanctions that prompted the Iranian administration to restrict the IAEA’s inspections and accelerate the development of the country’s nuclear program beyond the limits set by the 2015 Iran nuclear agreement.

Elsewhere in his remarks, Eslami said that he had presented a report on IAEA chief Rafael Grossi’s visit to the National Security and Foreign Policy Committee.

AEOI acts according to parliament’s law on sanctions removal

The spokesman for the Iranian Parliament’s National Security and Foreign Policy Committee said on Wednesday that there has been no violation of the Strategic Action Plan to Counter Sanctions, adding that the AEOI is exactly working according to the law.

Mahmoud Abbaszadeh Meshkini said that the AEOI head along with his deputies attended a meeting with members of the committee, during which Eslami presented a detailed report of Grossi’s visit to the country.

“The report states that no violation has taken place regarding the law on countering sanctions and protecting the interests of the Iranian people, and that the IAEA is acting precisely according to the law,” Meshkini said.

He said it was pointed out during the meeting between Grossi and Eslami that Iran-IAEA interactions should be reciprocal.

“According to law, in return for Iran’s cooperation, they are committed to helping with the development of peaceful nuclear activities. Such assistance has not been provided; this lack of cooperation has been fully conveyed to the [IAEA] director-general,” he noted.

The IAEA head visited Iran at the weekend upon an invitation by the country’s nuclear agency to hold talks on mutual cooperation.

Eslami described the negotiations centering on technical issues as “constructive” and said “confidence-building” is what matters for Tehran and the UN nuclear watchdog.

During Grossi’s visit, Iran agreed to allow IAEA inspectors to install new memory cards in the surveillance cameras that monitor the country’s nuclear sites. The surveillance footage will continue to be kept under seal inside Tehran.

A joint statement by the two sides announced that they had “reaffirmed the spirit of cooperation,” and promised to continue holding discussions.

Featured image: An Iranian technician walks through the Uranium Conversion Facility just outside the central city of Isfahan 255 miles (410 kilometers) south of the capital Tehran, Iran. (File photo by AP).