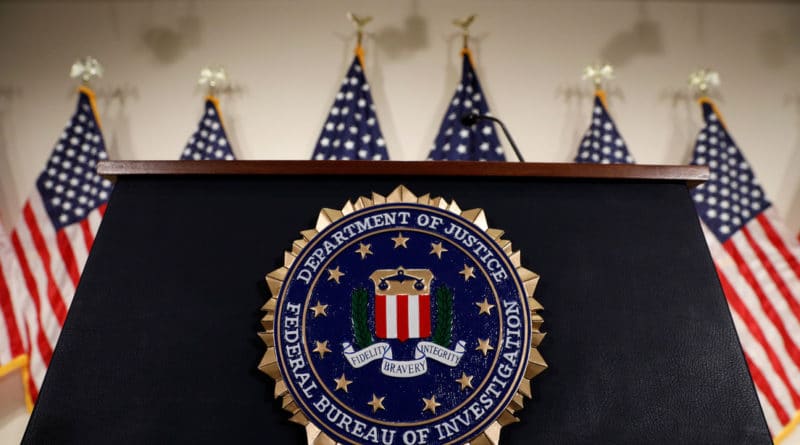 International News
May 14, 2020May 14, 2020 orinocotribune Cuba, Iran, North Korea, Syria, the list of coutries with dignity, US Imperialism, Venezuela, war on terrorism for regime change

Washington accuses Havana of continuing to welcome members of the National Liberation Army (ELN) and denying their extradition to Colombia.

Washington added Cuba to the black list of countries that do not collaborate in the fight against terrorism, the State Department reported.

Cuba was not on this list, which includes Iran, North Korea, Syria and Venezuela, since 2015, when it was removed after being included for 33 years.

According to the text, specifically, the US certifies these countries under Section 40A of the Arms Export Control Act as “not fully cooperating” with Washington’s counter-terrorism efforts. And, based on these regulations, the sale or license for the export of defense articles and services to these States is prohibited.

According to the State Department document, Cuba was included because members of the Colombian National Liberation Army (ELN), who traveled in 2017 to carry out peace talks, remained on the island in 2019 and Havana refused to extradite 10 of the members of that guerrilla organization, after it was accuseded of a car bomb attack at the Santander General School of Cadets in Bogotá, which left 22 people dead and more than 60 wounded.

“Cuba’s refusal to productively engage with the Colombian government shows that it is not cooperating with the work of the United States to support Colombia’s efforts to ensure just and lasting peace, security, and opportunity for its people,” the document states.

The Department of State allegation overlooks the treaties signed between Colombian state and ELN insurgents in which Cuba is requested to serve as a safe haven in order to hold the negotiation process withut incident.

Also, the document mentions that Cuba harbors several fugitives from the United States Justice. They include Joanne Chesimard, who was convicted of executing New Jersey State soldier Werner Foerster in 1973.

The other members of the club
As for Venezuela, its permanence on the list responds to the fact that in 2019, President Nicolás Maduro and his officials allegedly “continued to provide permissive environments for terrorists in the region to maintain their presence,” including alleged dissidents of the Revolutionary Armed Forces. from Colombia (FARC) and members of the ELN. But no evidence has been presented besides the – very dubious -photos presented by Ivan Duque in the last UN General Assembly in New York.

Maduro has been criminally accused by the United States of carrying out drug trafficking activities, allegedly with the FARC, in the last 20 years. Again: without presenting a single proof for such accusations that most analysts see as a regime change tool to oust the legitimate president of Venezuela.

About Syria, Washington believes that this country “has continued its political and military support for terrorist groups,” including Hezbollah.

North Korea is singled out for continuing to host four Japanese people who participated in the hijacking of a flight by a Japanese airline in 1970. In addition, it mentions that Japan is looking for 12 missing citizens between 1970 and 1980 who are presumed to have been “kidnapped” by Pyongyang state entities.

Iran, for its part, is accused of continuing to be “the world’s largest state sponsor of terrorism” by supporting Hezbollah, “Palestinian terror” groups and others operating throughout the Middle East.

In addition, it notes that Iran’s Islamic Revolutionary Guard Corps “has been directly involved in the terrorist plot and has killed US citizens.”