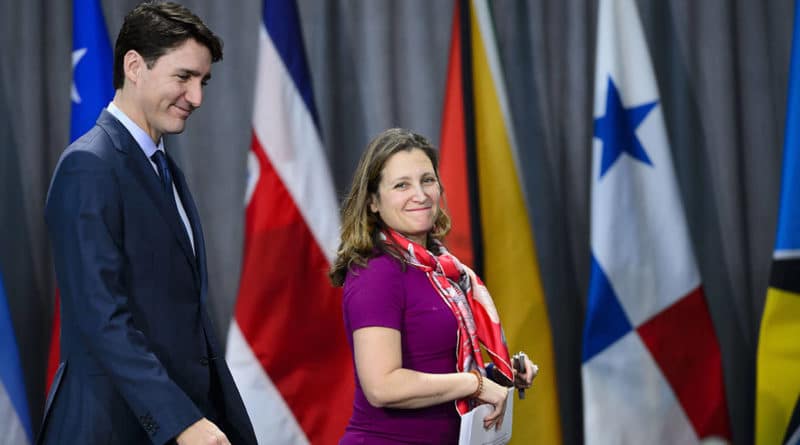 In the early hours of May 3, and then again on May 4, heavily armed mercenaries on speedboats attempted to enter Venezuela from Colombia. They were confronted by the Venezuelan armed forces, militia, police and local fisherman. Eight were killed in an ensuing shootout, while the others were arrested. Among those detained were two former United States Army Green Berets. Isolated pockets of the nearly 300 army deserters are still being rounded up at the time of writing.

One of the leaders of the failed coup attempt is Canadian-born Jordan Goudreau, a former US Marine who heads up a private Florida-based security firm called Silvercorps USA. While he did not participate directly in the raid, he did leave behind a video recorded in Colombia in which he and his Venezuelan military partner, ex-Venezuelan National Guard officer Javier Nieto, take credit for the attempted coup. The other two Americans captured also testified to their involvement. The confessions lead us through a labyrinth of corruption and shady deals, from Venezuelan opposition leader Juan Guaidó all the way up to Donald Trump.

The goal of the coup plotters was the capture and arrest of President Nicolás Maduro. A contract signed by Goudreau, Guaidó and his advisors including exiled lawmaker Sergio Vergara and Juan José Rendon confirm in black and white the plan to overthrow the Venezuelan government. Maduro has blamed Trump and the Colombian government for the chaos, but the US has so far denied any involvement.

Not convinced about US involvement? Here is the clincher. On April 29, only several days before the May 3 adventure, Secretary of State Mike Pompeo boasted: “I’m pleased to report that the multilateral effort to restore democracy is continuing to build momentum. I’ve asked my team to update our plans to reopen the U.S. Embassy in Caracas so that we are ready to go. As soon as Maduro steps aside, I am confident that we will raise that flag again in Caracas.”

The Trudeau government was surely aware of Pompeo’s confident statement. In addition, the news about the May 3 fiasco even appeared on CBC television that morning. We also know that some Canadians were already online in the evening of May 3 and again the next day, appealing to Trudeau and Foreign Affairs Minister François-Philippe Champagne to take a stand against the US-sponsored paramilitary action.

Yet, a full day and a half after the May 3 debacle, Champagne tweeted, tagging Guaidó:

Just finished a call with counterparts from Peru @GMeza_Cuadra, Colombia @claudiablumc & Brazil @ernestofaraujo. We discussed the #COVID19 pandemic, the impact on the Americas, notably the Venezuela crisis and the humanitarian needs of Venezuelans. @Jguaido pic.twitter.com/k4X0KQAY9a

Couching his message in concerns around the COVID-19 pandemic, it appears Champagne used the global health emergency as a pretext to discuss the coup attempt. The facts overlooked by Champagne, in his apparent haste to phone and tweet, show that the countries Canada mentions (Peru, Colombia and Brazil) are all facing domestic disasters because of right-wing policies. In sharp contrast, Venezuela has the best record in all of Latin America in containing the coronavirus.

RELATED CONTENT: This was the SilverCorp Mercenary Firm’s Rescue Plan for Operation Gideon

Moreover, the tweet indicates that the Canadian government is still very much on board with the US narrative on Venezuela irrespective of the failed military incursion, without making explicit reference to it. This is reflected in another tweet, posted after further captures of mercenaries and the release of additional proof of the international nature of the plot as it continued to unfold. On May 8, Champagne tweeted:

Great call with #Venezuela Interim President @jguaido. Canada will always stand with the people of Venezuela in their desire to restore democracy and human rights in their country. pic.twitter.com/E75HDQx3NA

A few days later, on May 11, Trudeau spoke directly with Colombian President Iván Duque. According to the federal government readout of the call: “Today, Prime Minister Justin Trudeau spoke with the President of Colombia, Iván Duque Márquez, to discuss the latest developments on COVID-19 in each of their countries, and around the world… The two leaders also discussed the crisis in Venezuela and its humanitarian impact in the region which is heightened by the pandemic. They underscored the need for continued close collaboration and a concerted international effort to address this challenging situation.”

One would have to be naive to believe that both the successive tweets by Champagne and Trudeau’s statement were not coordinated to reiterate the government’s support for Guaidó as self-declared interim president, and its tacit alignment with Duque and Trump’s regime change agenda.

Trudeau Should Take a Stand Against US Intervention and Sanctions

On May 6, when Pompeo vowed to “use every tool available” to secure the release of “two American military veterans”, he was engaging in a rhetorical sleight of hand, portraying the mercenaries as “victims” in the fight against “human right violations” committed by the Maduro government.

Judging by Champagne’s tweets and the readout from Trudeau’s call with Duque, it is clear that Canada is pledging implicit support for the coup attempt without dirtying its hands in the murky waters of corruption and hitman politics. After all, if it wants to live up to its self-professed humanitarian role in global politics, Canada must maintain its image of peacemaker.

If one looks to previous crises, the Trudeau government is likely biding its time, waiting for events to unfold. Yet, its continued complicity in imperialist actions in Venezuela, and its failure to speak out against blatant violations of international law in Latin America speak volumes.

Canadians must demand that the Trudeau government publicly disavow all forms of military intervention against Venezuela, including the May 3 paramilitary incursion and Trump’s reckless threats of invasion. Irrespective of one’s views on Maduro, Venezuela has the right to self-determination and national sovereignty.

At the same time, one can have no illusions about Canada’s Venezuela policy under the Liberals, and thus a long-term alternative foreign policy direction must also be sought.

Canada’s Complicity in the US-Led War Against Maduro

Some may have forgotten that Canada was involved in regime change efforts in Venezuela a few years after Hugo Chávez was elected and sworn in as President in January 1999. Ottawa’s resentment was focused on Chávez’s nationalization of Canadian gold mines, and his general hostility to large-scale foreign investment. The Bank of Nova Scotia, Canada’s most international financial institution, was also involved in mining investments in Venezuela and joined the push for regime change.

More recently, in 2017, Canada was instrumental in establishing the Lima Group, a multilateral body composed of 13 mostly right-wing governments including Bolivia, Brazil, Chile, Colombia, Costa Rica, Guatemala, Guyana, Honduras, Panama, Paraguay, Peru and Saint Lucia. The Lima Group’s stated objected is the peaceful “democratic transition” of leadership in Venezuela. It was formed because the US and Canada failed to obtain unanimous backing from the Organization of American States (OAS) to support regime change against Maduro. Thus, the Lima Group is, in the words of Nino Pagliccia, “totally illegitimate in its pretension to be an international body.” The US is not even a member.

Trudeau and his foreign affairs minister have played a key role in the Lima Group, and have also been instrumental in reaching out to European nations to bring them into the fold. Without Canada’s leadership, the Lima Group would certainly have collapsed or become almost irrelevant. It is precisely due to the perception of Canada’s foreign policy as devoted to “peacekeeping” and “humanitarianism” that the body has widespread approval, at least in elite circles.

The website of Global Affairs Canada contains dozens of statements added since 2017 concerning Canada’s role in the Lima Group. All of these entries, without exception, provide cover for the numerous coup attempts by the US. Not one of them criticize in any way the aggressive and wanton actions of Washington to enhance the suffering of the Venezuelan people to achieve its imperial aims in the hemisphere.

Sanctions Kill and Canada Is Involved

Furthermore, the US has been carrying out crippling economic sanctions against Venezuela. According to American economists Mark Weisbrot and Jeffrey Sachs of the Center for Economic and Policy Research:

The sanctions have inflicted, and increasingly inflict, very serious harm to human life and health, including an estimated more than 40,000 deaths from 2017–2018; and that these sanctions would fit the definition of collective punishment of the civilian population as described in both the Geneva and Hague international conventions, to which the US is a signatory. They are also illegal under international law and treaties which the US has signed, and would appear to violate US law as well.

One would expect the supposedly progressive Trudeau government to oppose these violent economic sanctions, given that they are illegal and constitute a war crime. Yet, Ottawa also carries out sanctions against Venezuela. This policy has been lauded by the Trump administration. Vice president Mike Pence stated in Ottawa, alongside Trudeau in a May 2019 press conference: “Canada has imposed sanctions on 113 of the dictator’s cronies. You’ve promoted the cause of freedom and free Venezuela inside the Lima Group and the OAS. And the two of us have said, with one voice, that Nicolás Maduro is a dictator with no legitimate claim to power, and Nicolás Maduro must go.”

The Trudeau government’s Venezuela policy is a disgrace to all peace-loving Canadians who support the right to self-determination. Irrespective of our individual political views, we ought to unite in support of the Venezuelan people against illegal and dangerous attempts to enact regime change. Is it asking too much for Canadian MPs to work towards a common ground, even during the COVID-19 pandemic, to demand that Canada rescind its sanctions against Venezuela, and rebuff the Trump regime for its support for the recent coup attempt?