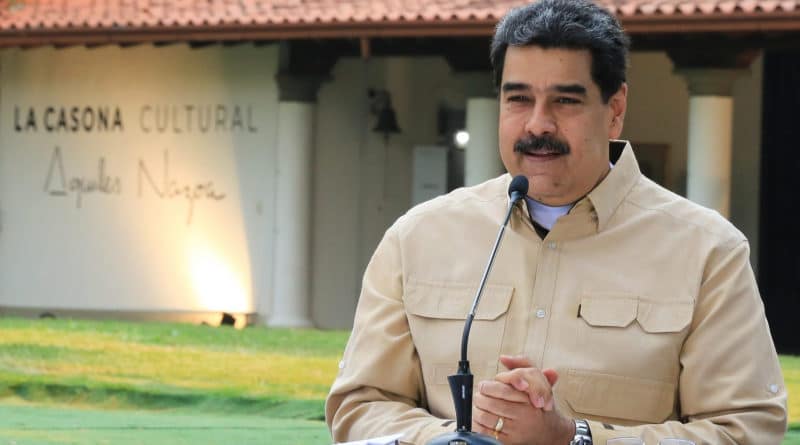 Venezuelan President, Nicolás Maduro, called on Wednesday to all the political factions of Venezuela to participate in the next elections, scheduled to take place this year, when members of the National Assembly will be elected, and thus solve their differences at the ballot box. “This year there should be elections, if the pandemic allows it. Present your candidates, and the affairs of Venezuelans will be defended at the ballot box, no matter who wins. Let a new National Assembly come with new rivers, with new air, to help coexistence,” said the Venezuelan head of state from the Casa Aquiles Nazoa, in Caracas, during an event at the Venezuela Bella Mission.

This call is made a week after the state security forces, together with the popular power, thwarted a terrorist incursion, which aimed to carry out a coup d’état in the country, as well as to assassinate the national president, revolutionary leaders and members of the Venezuelan opposition. This information was confirmed by captured mercenaries, including two former US green berets.

During their statements, the detainees – who have already been brought before Venezuelan justice – detailed that this attack was set up in a contract signed by Juan Guaidó, the fugitive from justice Juan José Rendón and the mercenary and president of the Silvercop company, Jordan Goudreau.

This document, released at the end of March by the ex-military and deserter Cliver Alcalá, characterizes all Venezuelans in the country as terrorists, as well as that Guaidó would allow the mercenary Juan Goudreau, through the contract, to use all kinds of conventional weapons, self-activated mines, among other lethal weapons, in Venezuela.

The operation (which included assassination of high-level government officials) would last more than 400 days, because it included the stay of “special forces” in the country. Guaidó was planning to pay the contractor a non-refundable advance of $ 1,500,000.