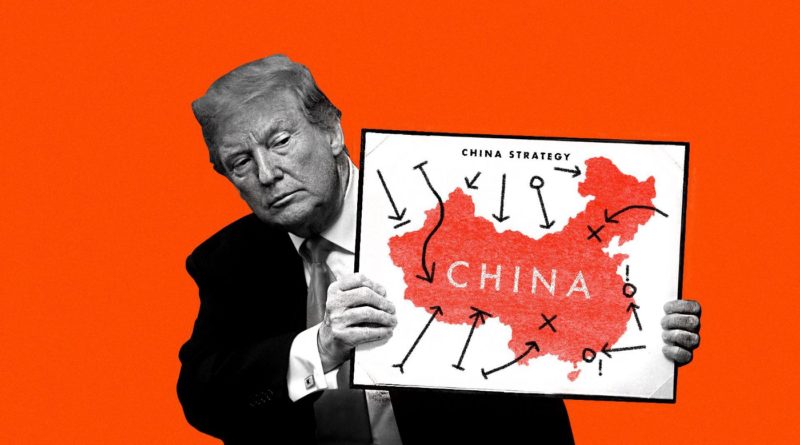 The Covid-19 pandemic has reconfigured, among other things, the map of geopolitical relations. Since its appearance, China has become -now for good- the new existential enemy of the United States.

Just as the figure of the hero in fiction is built from the confrontation and conquest of another antagonistic subject, on the geopolitical stage the North American country has historically constituted and reaffirmed its image based on tensions and rivalries with other nations, a fact that without any doubt has both internal and external implications.

And we say “now for good” because for years the rivalry with China has been intensifying through a trade war. This conflict was most evident in March 2018 when the United States imposed tariffs of 50 billion dollars worth in imports from the People’s Republic and the latter, in response, applied the same measure to more than 128 American products, including in particular soybeans, one of the main US exports to the Asian country.

China’s sustained economic growth in recent years has made it a strong global competitor. At least in the field of technology and telecommunications, the United States does not have the infrastructure or development to compete with Asians. Given the creation by the Chinese multinational Huawei of 5G technology, for example, the United States had no alternative but to boycott said launch.

Last year, the White House included the Chinese company on a list of companies that were prohibited from doing business in the US. This implied that Huawei would stop receiving Android updates through the Play Store and Gmail, all services of Google LLC. Of all the wars in which the Americans participate to keep their hegemony, at least in this one it was not favored.

That China is a threatening factor due to its economic growth, technological development and influence on the geopolitical plane, and with it its hegemony shifts, is sufficient reason for the United States to specify it as an “existential threat” according to its political and military establishment.

Blame it on others

It is not the first time that Washington has built the figure of an enemy. The difference is that the Asian nation has the necessary strengths to configure itself as more than a symbolic adversary.

Previously this place was occupied by the Soviet Union in the times of the Cold War, as well as Islam at the beginning of this century and Russia in the last decade.

One of the elements helping in the construction of the “existential enemy” of the United States is its guilt for all the evils within the Empire and its latent threat. Before China, for example, anti-Russia sentiment was fueled through a political and media narrative propagated by the “deep state” in which the intervention of the Eurasian country in the 2016 elections was propagandized, where Donald Trump was victorious.

The argument used on that occasion was an alleged network of espionage used by the Kremlin to influence these results. According to the American logic, the responsible ones for the defeat of Hillary Clinton were the Russian “hackers” and not the fraudulent performance of politics by the Democratic Party and Trump’s use of “populist” rhetoric. In that case, the responsibility for the political crisis in the United States was transferred to Russia.

It’s a norm that a way is sought to place the focus on others to hide political, economic and social crises. The person responsible for that country’s problems will always be someone else: the enemy of the moment.

Currently, the focus of the pandemic is on the United States and obviously the fault lies, of course, on China, the new enemy.

According to this line, Beijing is responsible for the fact that Washington did not take the measures in time to contain the advance of the pandemic, even though the Chinese experience already existed as an example and in Europe, the damage caused by the Covid-19 was a mirror image.

RELATED CONTENT: US Government Fears China will Give Away COVID-19 Vaccine for Free

American officials and epidemiologists had even been in China before the new coronavirus spread to other parts of the planet, giving the White House and the US Congress enough time to react in time to the pandemic. But they decided not to.

The fact that the first cases were registered in the Chinese city of Wuhan, in the province of Hubei, contributed to increase the negative projection of China as “the cradle of the virus” and President Trump referred to the coronavirus as “the Chinese virus” At least in the American population, the stigma has had effects, in a society that needs scapegoats to hide the negative effects of an oligarchic system sold as the last of the wonders of modernity.

Once the external enemy is created, it is easier to justify internal actions in search of a “common good”, even if this implies a sacrifice based on the evocation of a national spirit against the threat. With this, it is very likely that China will be blamed for the economic debacle of the North American country to come, which is advancing and deepening the damage caused by the pandemic.

In this context, the effects of xenophobic feeling are already beginning to be felt in the world. Just as after the fall of the Twin Towers in 2001 anti-Arab sentiment was sparked by neo-conservative propaganda, with Covid-19 aversion to the Asian community has grown with violent consequences.

Recently, a survey revealed that xenophobia increased not only in the historically nationalistic population in the United States, generally linked to Republicans, but also among Democrats, over 50, university graduates and sectors with less education. The Pew Research Center poll shows that 66% of Americans now reject the Chinese, says economist and researcher Stephen Roach.

During the Covid-19 [pandemic] the United States has played awkwardly in the race for influence in global politics. Although everything indicates that there is a veiled cold war, the American country, instead of fighting to preserve its hegemony, seems to close itself off and isolate itself, according to the programmatic prerogatives of President Trump (“Make America Great Again”).

By withdrawing its support for multilateral organizations such as the World Health Organization, with the excuse that it was complicit in China by supposedly hiding real numbers of infections, the Asian country has been occupying spaces with the shipment of medical supplies to other nations scourged by the coronavirus.

The fact that the constructed enemy is not Western makes the discourse against this front even more radical. This symbolic confrontation is exacerbated as antagonistic figures confront each other for the sole fact of not knowing other social dynamics, such is the case with the cultural expressions of China as well as Islam, in the Middle East.

Everything indicates that in this new Cold War who wins is not who has the greatest firepower, but who influences the geopolitical and geoeconomic level the most. On the other hand, if we take as an example the actions of the countries involved in terms of caring for their own population and in foreign policy before the spread of the pandemic, China has won this war.

Featured image: The strategy for American damage control amid the pandemic is to blame China. Image: Lazaro Gamio / Axios