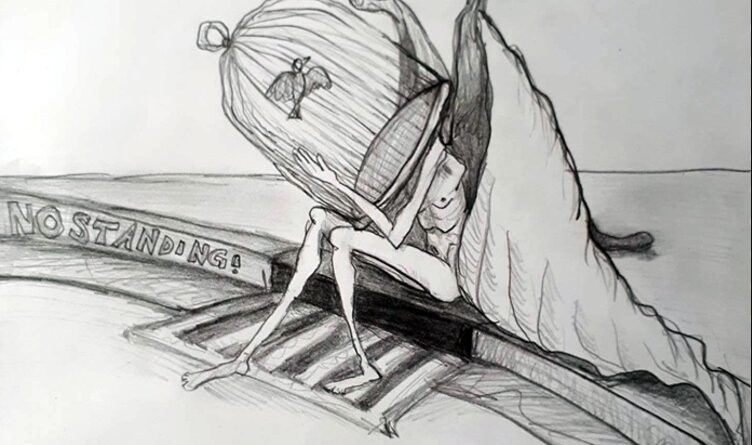 There’s a quote from an ancient Buddhist text called the Dhammapada that’s often translated as, “We are what we think. All that we are arises with our thoughts. With our thoughts we make the world.”

In other words our mental habits shape our personality and determine how that personality will behave, and that behavior contributes to the shaping of the world.

These are two different ways of expressing the same timeless observation we see pop up in various forms throughout philosophical traditions around the world: that our actions arise from our thoughts and our thoughts arise from our conditioned mental habits, so we need to be very careful about what those mental habits are since it will ultimately determine our destiny.

But the people who pour the most energy and attention into this timeless observation as a group are not the Buddhists, nor the Hindus, nor any religious or philosophical tradition at all. Those who are the most interested in studying and acting upon this insight are the powerful people who rule this world.

Power structures of more “enlightened” societies have addressed this dilemma by giving people the illusion of freedom snd equality while still keeping them enslaved to the agendas of their rulers via mass-scale psychological manipulation. Media institutions, online platforms and think tanks are dominated by plutocrats in coordination with secretive government agencies to ensure that the information the majority of people consume serves the social, political, military and geostrategic interests of the ruling power structure.

This happens not because the media-controlling class is personally leaning over the shoulder of every news reporter and instructing them to lie, but because if you control who runs a media outlet then you control who they will hire and who they will elevate, naturally giving rise to a system wherein reporters understand that the only way for them to advance their careers is to promote narratives which serve the ruling power establishment and marginalize narratives which don’t.

Many journalists – either for self-serving reasons or due to genuine befuddlement – are completely misinterpreting Bernie's media critique. The person who explained it most clearly was Noam Chomsky in this 90-second answer to an equally confused BBC host. This will clear it up: pic.twitter.com/AgznEp3LB1

The best way to manipulate people without their knowing it is to appeal to their strongest and most unconscious impulses. In practice this means tugging at the psychological hooks of the ego, which at their base level are fear and identity. If you’ve made a strong identity out of something like belonging to a certain political party or a certain ideological or ethnic group, then it will carry a lot of egoic weight for you. If you’re in a fear state then there will be a lot of egoic contraction and you’ll consequentially take your thoughts very seriously.

If you can appeal to people’s base impulses of fear and identification it becomes very easy to insert ideas into their minds and give them new mental habits, and that’s exactly what propagandists do. You need to fear the terrorists, the Russians and the Chinese, because they’re going to harm you. You need to support the Democratic Party and everything its pundits tell you, because that’s your tribe. Those anti-vaxxers over there are your real enemy, not the nuclear-armed globe-spanning power structure that is driving our world to its doom in myriad ways. And on and on and on.

They give us the illusion of freedom, but as long as they chain our minds with propaganda we are not free. It wouldn’t matter if they gave us every personal liberty imaginable if a critical mass of us were still thinking in ways which benefit the powerful, because those thoughts would cause us to act, organize and vote in a way that benefits our rulers and not us.

If we want to free our minds from the chains of power, it’s not enough to do research and memorize a bunch of facts about what’s really going on in our nation and our world. The most important step to freeing our minds from their shackles is to remove from ourselves the psychological hooks of fear and identity to which those shackles are attached. This means freeing ourselves from the delusions of egoic consciousness, which, funny enough, brings us right back around to the central tenets of Buddhism and Hinduism again.

As long as humanity is enslaved to the ego it will remain enslaved to abusive power structures, because manipulators will always be able to use our egoic hooks to propagandize us into supporting their interests at mass scale. Until then it won’t ultimately matter how many civil liberties we gain or lose, because we’ll still be unable to move beyond the bonds of our psychological chains.

Not until humanity collectively breaks free from the gravitational pull of egoic consciousness will we truly blast off into the real potentiality of our species.