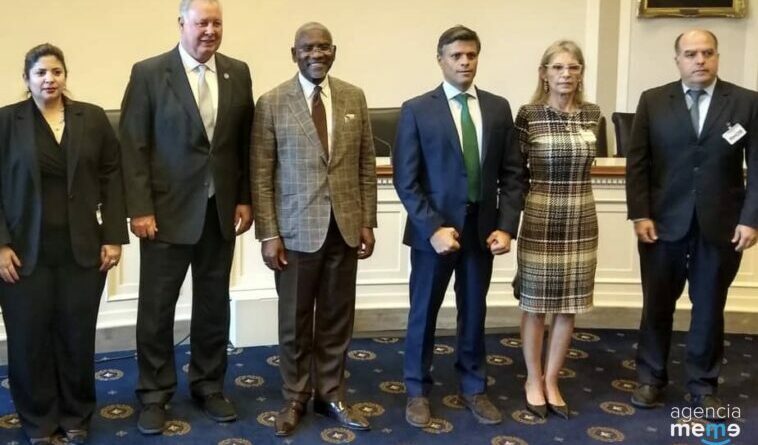 In an public campaign against Venezuela’s regional elections scheduled for November 21, far-right politician Leopoldo López met with representatives of the European Union (EU) and insisted on a so-called “lack of conditions” in place for electoral observers.

López, a fugitive from Venezuelan justice who remains protected in Spain, met with Vice President of the European Parliament, Dita Charanzová, and expressed his “concern” about the possibility of the EU providing support for a delegation to assist in upcoming regional and local elections in Venezuela.

In this regard, López is acting against the will of many of Venezuela’s extreme-right opposition leaders, his ostensible allies, who are already campaigning in Venezuela. In addition, López’s statements seem to defy common sense for someone who would like to gather evidence for his claims that Venezuela’s electoral system is “rigged” or does not provide adequate democratic conditions.

López reportedly told the spokesperson for Europe, “Venezuela does not meet the standards” for the mission to go to the polls, and he insisted that it should have been established and installed at least six months in advance.

“Accompaniment is not the same as observation,” said López. “What we ask for is electoral observation, and for that there are certain conditions that are met or not. They cannot be given halfway, and they are no longer being given, because this does not comply with the six months that a serious electoral observation mission previously required.” In this way, López deigned to lecture the European Union about its qualifications and responsibilities.

The EU plan
The process for the formation of the EU electoral mission that would participate in the regional elections in Venezuela is underway. However, there has been no confirmation yet from the EU’s foreign diplomat Josep Borrell.

RELATED CONTENT: Jorge Rodríguez: It Would be an Honor if Borrell Sanctions all 277 Deputies (EU Neocolonial Wet Dreams)

Two weeks ago the progress of the “procedure for selecting the posts to observe the regional and municipal elections in Venezuela, scheduled for November 21, 2021” was reported on the EU’s official website. The EU announced that it would receive applications until September 20.

The mission would be made up of a deputy chief observer, a press officer, two observer coordinators, and analysts of political campaigns, elections, law, media, and social media. In addition, experts in data analysis, human rights, and gender would be added.

On July 8, an exploratory mission of the European Union arrived in Venezuela and held meetings with ministers and political figures who will participate in the elections. In Venezuela’s mega-elections, scheduled for November 21, the electorate will choose governors, mayors, state and city councilors.

Featured image: Leopoldo López “posing” in a photo along Julio Borges during a visit to Florida, US, last June. File photo.