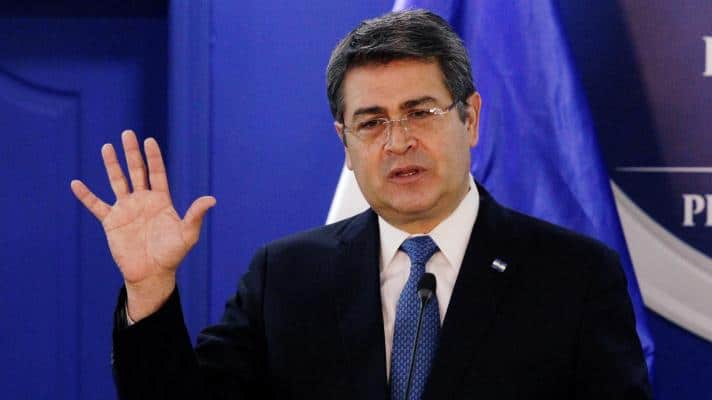 Feb 9, According to judicial files reviewed by Reuters, US prosecutors are investigating Honduran President Juan Orlando Hernández after he was accused in the United States of participating in a drug trafficking plot.

In a document filed Friday night in the Southern District of New York in the case of Honduran drug lord Geovanny Fuentes Ramírez, federal prosecutors said Hernández himself was the target of an investigation, along with other “high-ranking Honduran officials.”

In the presentation, they accused Hernández, who has been president of Honduras since 2014, of using Honduran military and police officers to protect drug traffickers, “in order to help assert his power and control over Honduras.”

Last month, US prosecutors said in a court file related to the same case, that Hernández had “accepted millions of dollars in drug proceeds in 2013 and, in return, promised drug traffickers protection from US prosecutors, from being subject to a warrant and (later) extradition to the United States.”

The Hernández government has denied the accusations and limited its collaboration with the judicial investigation.

The current Honduran president has been a key ally of the United States in the region. The investigation could stop in its tracks financing by the Biden administration of some $4 billion in Central America, including Honduras, “to address the causes of migration,” related to the “migrant caravan.”

References to Hernández, who is known as CC-4, have appeared frequently in United States court documents against Fuentes Ramírez, as well as in a successful drug-trafficking case against Tony Hernández, brother of the Honduran president.

Previous court documents also show that, around 2013, the DEA began investigating Hernández and others for drug trafficking and money laundering.

Hernández’s fall seems eminent, even though he is a protégé of successive US governments.