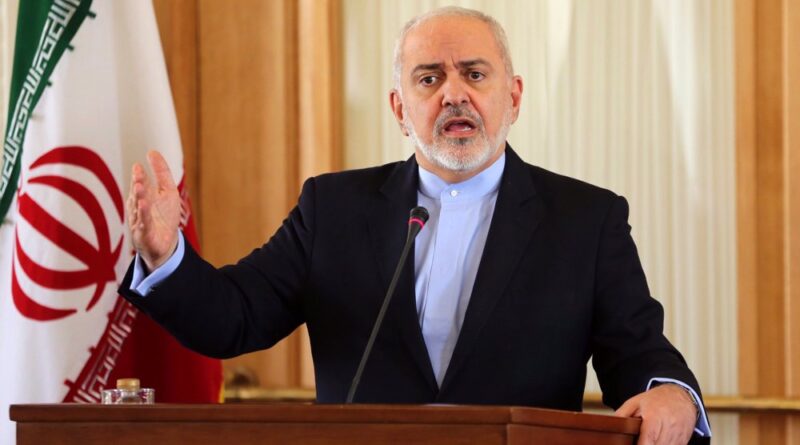 Iran’s foreign minister says it is the United States that has to return to compliance with the 2015 nuclear agreement because Washington is the party that abandoned the deal and violated its terms, warning the new American administration against building on the failed policies of its predecessor.

“The US left & violated the nuclear deal. So it’s the US that has to return & implement its obligations,” Mohammad Javad Zarif tweeted on Monday.

US President Joe Biden “has a choice,” Zarif said, adding that he can either “build on the failures” of his predecessor Donald Trump or break with his hostile approach and choose a new path in dealing with Iran.

Zarif warned, however, that “building on his failures will only bring further failure.”

In 2015, Iran and six world powers signed the nuclear accord, officially known as the Joint Comprehensive Plan of Action (JCPOA).

In May 2018, however, Washington left the JCPOA, which was also ratified in the form of United Nations Security Council Resolution 2231, and re-imposed illegal sanctions against Tehran in flagrant violation of the UN document.

The Islamic Republic remained fully compliant with the deal for an entire year, waiting for the co-signatories to fulfill their end of the bargain by offsetting the impacts of Washington’s bans on the Iranian economy.

As the European parties failed to do so, Tehran moved in May 2019 to suspend its JCPOA commitments under the Articles of the agreement covering Tehran’s legal rights.

Iran and the US have recently expressed their willingness to resurrect the accord, but they are both demanding that the other side take the first step.

In a CBS News interview, Biden indicated that Iran would have to stop enriching uranium before his administration would lift sanctions. This is while the JCPOA — which was signed when Biden was vice president — recognizes Iran’s right to uranium enrichment.

Similarly, US Secretary of State Antony Blinken told CNN that Iran should make the first move in negotiations over the US return to the JCPOA.

“If Iran returns to compliance … we would do the same thing” and use the pact as a starting point to form a “longer and stronger agreement” that includes other matters, including Iran’s missile program, he added.

However, Leader of the Islamic Revolution Ayatollah Seyyed Ali Khamenei emphasized on Sunday that Iran will retrace its nuclear countermeasures once the US lifts its sanctions in a manner that could be verifiable by Tehran.

Tehran’s “final and irreversible” decision is to return to compliance with the agreement only if Washington fully lifts the sanctions on the Islamic Republic, Ayatollah Khamenei stated.

We cannot keep honoring a deal whose sole loser is Iran: Qalibaf

Speaking at the Institute of Oriental Studies of the Russian Academy of Sciences in Moscow on Monday, Iran’s Parliament Speaker Mohammad Baqer Qalibaf explained that the country can no longer abide by an accord that is only benefiting others.

“The JCPOA is undoubtedly one of the most important issues between Iran and the outside world, which is now on the verge of a historic decision. The important question now is not what the future of the deal will be, but it is what the United States has learnt from the JCPOA’s past,” he said.

“Our question is whether the other sides will benefit from the JCPOA and Iran will be the only loser? How can an agreement be sustained while one party is fully fulfilling its obligations and the other parties are not only reluctant to meet their commitments, but are also increasing their pressure every day and explicitly saying that their goal is to get more concessions?…I explicitly state that Iran will not be willing to abide by such an agreement,” he added.

Iran’s top parliamentarian further said, “If the JCPOA is to be sustainable, Iran must benefit from it as much as others get political, security and strategic benefits.”

He also referred to the law, dubbed the Strategic Action Plan to Counter Sanctions, which was approved by the Parliament (Majlis) last December. It requires the Iranian administration to suspend more commitments under the nuclear deal.

He said the main goal of the law is to keep the JCPOA alive, and that the only way to make that happen is the removal of all sanctions against Iran before the US rejoins the P5+1 group of countries in a manner that the economic results will be verifiable by the Iranian people.

“If it does not happen, Iran will continue to maintain the JCPOA’s framework, but under Articles 36 and 37, it will seriously continue to scale back its obligations. On February 21, it will limit the International Atomic Energy Agency (IAEA)’s inspections of Iran’s nuclear facilities to a level specified in the safeguards agreement.”

Touching on recent rhetoric by Europe and the US that a return to the JCPOA should be a prelude talks with Iran on its missile program and regional role, Qalibaf said, “It means that the West is taking the sanctions removal hostage and asking for additional concessions on the part of Iran. It means entering a dead end.”