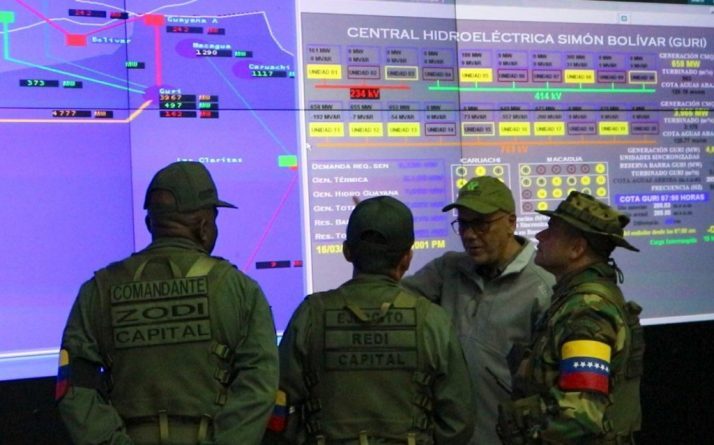 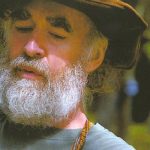 Russia and the US are engaging in tit-for-tat hacking of each others’ power grid, the New York Times is reporting, in what is really a kind of cyber “cold war” where the hackers from each country’s military and intelligence services load electronic “explosives” in the computer systems of critical infrastructure of the other, that in a crisis or war could be “detonated” to create chaos or bring down electric grids.

The Times article, the publication of which President Trump decried in a tweet as “close to treason,” was disturbing for a number or reasons. One was that sources told the Times the hacking by the US Cyber Command of Russia’s power grid had been conducted without the president’s knowledge, for fear that he might act to prevent it or might disclose it.

In other words, an action — the hostile hacking of another rival country’s essential infrastructure, which the US government has warned other nations would be viewed as an “act of war,” is being taken by the US military, without the President’s or Congress’s knowledge!

That should be enough to send shivers down the spine of any sane person. In fact, the that could lead to a US “military response.”

If the Times is correct in both its articles, the current US hacking of Russia’s power grid is evidence of a US military establishment run amok.

Congress should be outraged and calling for immediate hearings to determine the chain of command that allowed this to happen. Either Trump is lying, and knows all about the hacking, or some high-ranking military officers who acted without his knowledge should be fired the way President Truman fired an insubordinate Gen. Douglas McArthur during the Korean War.

But of course that won’t happen. Trump might fire Gen. Jim Mattis as war secretary, and might fire Gen. H. R. McMaster, as National Security Advisor, but he’s not going to fire anyone for hacking Russia’s power grid, whether it’s Acting Secretary of “Defense” Patrick Shanahan or National Security Advisor John Bolton, the known war-mongerer who may well have been behind the order to do it. The Times itself didn’t even deign to run an editorial calling for heads to roll over the news of the dangerous provocation.

But the Times article was disturbing for another reason too. The lengthy investigative piece, while it talked all about the secret cyber war already being fought by the internet forces of the US and Russia, never mentioned Venezuela.

Recall that at the height of opposition militancy a few months ago, when middle-class Venezuelan backers of calls for President Nicolás Maduro’s resignation were taking to the streets of Caracas and confronting police and army soldiers, virtually the whole country was thrown into darkness and chaos by the collapse of its power grid.

Maduro’s government claimed to have solid evidence that the grid had been hacked by the US. Meanwhile the US, which was openly calling for a coup to oust Maduro, and seeking to build support for it by blocking food imports to Venezuela and oil exports from the country, squeezing its economy in every way possible, and working underground to try and persuade senior military leaders to turn on the government, denied that it was hacking the country’s power grid.

Many people probably assumed that the idea of the US using cyber tool to bring down a country’s power grid was science fiction, or a paranoid fantasy. But now we know it’s reality. If the Pentagon’s Cyber Command has the capability to plant remote-controlled cyber weapons in the software of Russia’s power grid computer systems, it certainly has the capability of using them to bring down the power grid of a Third World country like Venezuela.

But such an act of sabotage and war has deadly consequences. When Venezuela was out of electricity, hospitals were without power, street lights no longer functioned, frail old people were left in darkness where they were at risk of deadly falls, people in multi-story apartment buildings were without elevators and forced to use dark stairwells to go to and from their apartments, and water, which relies on pumps to reach faucets, became scarce. The list of risks to life and health are endless. If the victims of such an attack were added up, I’m sure it would be staggering.

Did the US bring down the Venezuelan power grid?

Given the depth of US involvement in the opposition movement against Maduro, which included creating and propping up the ludicrous self-proclaimed “legitimate President” Juan Guaidó (who self destructed in a fake “coup” attempt orchestrated by the US with help from the US media, when Guaidó was caught pretending to be in control of a “liberated” air force base when he was really with a handful of soldiers standing on a bridge outside the base), it seems harder to believe that the US was not behind the rid collapse than that it caused it.

How could the Times, which clearly had excellent sources inside the Cyber Command to have produced its current story of the successful if deadly risky hacking of Russia’s power grid, not have also mentioned the hacking of the Venezuelan grid, which many observers have already accused the US of being behind? Surely it was relevant to the story. If the reporters left it out, why didn’t an editor say to ask about, and to include a reference to it? If the reporters did their jobs and did ask about and try to include the Venezuela grid story in their piece and it was deleted by the editors, why didn’t the reporters complain publicly?

Well, we know the answer to that. The Times is a “responsible” news organization. It might take sides over a disputed issue within the foreign policy establishment, which surely is why the paper learned about, and decided to report on the hacking of the Russian power grid. The article even mentions that some government and military officials have opposed using cyber attacks on Russian infrastructure to counter alleged Russian hacking of US campaign related organizations and social media platforms. But as a “responsible” news organization, the paper would not publish any information about a cyber attack on a country that its editors agree is led by an “autocrat” who opposes US interests. US backing of a coup to oust the Maduro government, after all, has the backing of the whole US foreign policy establishment.

That, of course, is not real journalism. It’s propaganda.

It’s important to know, which we now do, that our country is at war with Russia in cyberspace. But we need to know too that cyberwars have real flesh-and-blood victims, and that the cyberwar the US almost certainly launched against Venezuela earlier this spring is also underway and killing innocent people.