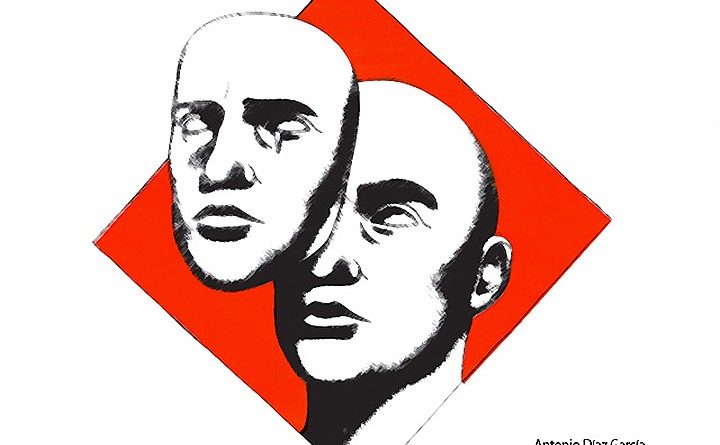 Who are the bosses and allies of the Venezuelan opposition in the world? We should be asking and repeating this question frequently because it is a very revealing piece of information. In politics, as the saying goes, a man is known by the company he keeps.

This question should be asked by Chavistas of course because it is essential to identify in detail ones political adversaries and their supporters. But it should also be asked by opponents themselves because many of them could be supporting in good faith their own executioners. Independents should also be asking this question, those who are tired of the two sides and identify as being apolitical. There is no way to keep out of this with a situation so acute like Venezuela’s in 2019.

Well then, let’s start with the bosses. Perhaps this will sound like the motto of a pamphlet but this is an observable fact; Venezuela’s opposition is headed by the radical right within the United States Republican Party, which is not a minor detail. Politically speaking, Donald Trump and his gang are ultra-conservative, white supremacist, imperialist in the strict sense of the word. From an economic perspective, they are tools of large corporations; the military- industrial complex that nowadays is also financial and cultural interrelated with the media.

It may be comprehensible that such a political class could be seen with admiration and obedience by its local equivalents in Venezuela —or those who desire to be like them. This is why traditional far right leaders in Venezuela use them as valid reference points. It is also comprehensible that groups trained precisely in ideological schools created by the U.S. are so openly pawns and feel so validated by playing the role of national agents for the United States ruling elite.

It may be also comprehensible that middle class sectors blindly believe that such an entourage (among them mass killers and psychopaths such as Elliott Abrams, John Bolton and Mike Pompeo) may be considered a democracy and human rights example. It may be comprehensible because capitalism has been building an implacable cultural, educational, media hegemony for years. These days it controls social media to impose its ideas there too. The fact that Trump is the President of the United States and Jair Bolsonaro the President of Brazil is a clear evidence of such cyber projects.

Any Venezuelan who wants to really analyze the current situation and be aware of what is at stake could research a little bit about who Trump and his band are and then ask himself this question: Could guys like them be worried about our rights? A man who wants to place a wall between his country and neighbors in the south, a man who separates parents from their kids and jails them in cages, why should we believe that he is worried about this racially mixed and tropical people who live in what they see as their backyard?

Let’s move on to their allies. We have a ruling class in Colombia, who are up to their necks in drug trafficking and paramilitarism, back tracking on recently signed agreements, killing social leaders, but with their fingers always pointing to the other side of the border, accusing the Venezuelan Government of everything that they actually do. After seeing the Venezuelan opposition’s friends in Colombia, any Venezuelan who thinks they are a true friend of his country should at least be careful at the moment of expressing their support.

Looking to the other border, we find none other than the Bolsonaro Administration. This is such a dinosaur that even Trump seems to be moderate in comparison. So reactionary is this government that its Minister of Women Affairs says poor girls are raped because they do not use underwear. Draw your own conclusions here but remind yourself that these people are friends with the opponents in Venezuela.

We could analyze country by country, but to cut a long story short, lets skip over that whole pathetic Lima Group to view Argentina in the face of the recent results of that presidential primary election t held on August 11.

In the case of this southern country, it is enough to reflect about the fake promises made by global hegemonic capitalism when trying to convince the population to abandon socialist —or at least with some social sense— governments. They promise the moon and end up doing the only thing they know how to do; make richer those who are already rich and exclude even more than the mass of people already excluded.

Argentina’s middle class —who the Kirchner administrations helped to get their heads above water that the previous neoliberal government had put them in— fell in the trap of believing in the story of the invisible hand of the capitalist market and the riches that allegedly would reach all social sectors. Now, it seems they are willing to give the historic boot to this Macri who is so similar to Trump (a tycoon coming from a rich family) and like the other is another friend of our opposition. Let’s all take note of that.