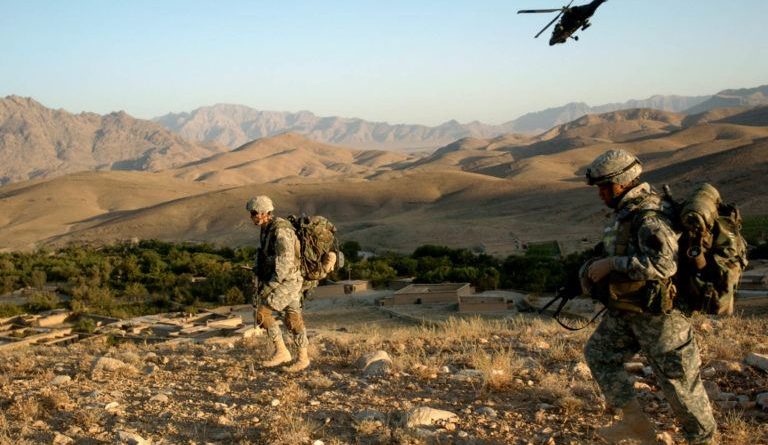 While Afghans are supposed to be celebrating this week’s blood-soaked hundredth anniversary of their “independence” from Britain, signed off in the sweltering Raj military city of Rawalpindi in 1919, their most powerful militia is negotiating further “independence” from the Americans in an air-conditioned conference hall in Doha.

A hundred years ago, “Pindi” was the British army’s capital in northwestern India. Today, it’s a dingy appendix to the Pakistani capital of Islamabad. A century ago, Qatar was run by the Al-Thani family under British “protection” after 40 years of sleepy Ottoman rule and the present-day capital of Doha was a tired pearl-fishers’ town. Today the Al-Thani family is still in charge of what is now a gleaming oil and gas metropolis; and Qatar, with investments in Sainsbury’s, Heathrow airport and West End hotels (the list goes on to the crack of doom) probably owns more of London than the Queen. So much for the British Empire.

In 1919, the Brits were at a disadvantage: they wanted to cling on to the management of Afghanistan’s “external affairs” – which meant they wanted to keep the new Bolshevik power from marching southeast across the Afghan plains to arrive at the borders of the Raj.

An Afghan army had invaded India – not exactly a 9/11, but the Brits had to re-establish control of the frontier. They had a problem: their own soldiers, many of them veterans of the trenches in Europe, were demanding to be demobilised and sent home after years of war. And their local Indian army units were deserting them even as they marched against the Afghan army. This, by the way, is what we now call the Third Afghan War. The Brits won militarily and settled into a violent ceasefire. (Readers who want to absorb more of this deplorable tale should try to find the rambunctious but forgotten book Khyber by the late popular American historian Charles Miller.)

Amir (later king) Amanullah of Afghanistan sent his cousin, Ali Ahmed, to lead the four-man delegation to Rawalpindi to make peace with just one aim: the total independence of the country. The group was delayed en route when one of them lost his Savile Row top hat – stolen, and never returned, by a soldier in the Somerset Regiment – but after days of arguing, Sir Hamilton Grant, India’s foreign secretary (yes, that was indeed his title under the Raj), agreed that Afghanistan’s foreign affairs would be removed from British custody.

Thus was signed the Treaty of Peace between the Illustrious British Government and the Independent Afghan Government. The Afghans had “won” the war against the British Empire, after all.

But who in the luxury of Doha is going to win the Fourth Afghan War after 18 years of savage fighting – including quite a few war crimes on both sides – between the Taliban and the American Empire?

Sir Hamilton Grant’s successor is the right-wing and rather secretive US special envoy Zalmay Khalilzad. Yet there’s a crucial difference. He’s not talking to the official leader of Afghanistan, president Ashraf Ghani, but to his enemies (and America’s enemies) – the Taliban. Indeed, there’s no certainty that these “peace” talks will either persuade the Taliban to cooperate with Ghani or even preserve Ghani from the Taliban’s wrath.

Because for almost two decades the Americans, the Afghan government and its US-trained army have been fighting the Taliban in a series of blood-boltered campaigns complete with executions, wedding-celebration bombings (by the US air force and always a mistake, of course) the stoning of women (by the Taliban, and very definitely not a mistake) and the shooting of wounded prisoners.

The Americans are in no mood to stand on ceremony by even inviting Ghani and his ministers to the Doha talks. Like the loyal Kurds fighting Isis – and, I fear, like the Czechs when an unpleasant dictator decided he wanted the Sudetenland – the Afghan government has been kept out of the room while its fate is decided by others.

The reason is simple: ever since Isis migrated from Iraq and Syria to Afghanistan (it was they, of course, who suicide bombed the Shia wedding in Kabul last weekend), the so-called Islamic State has become Washington’s target-of-choice in Afghanistan. And the Taliban, believe it or not, are America’s new best friend. So the talks in Doha revolve around the Taliban’s willingness – even its promise, if such a notion can be entertained even by a US president who has completely lost his marbles – to crush Isis, talk to Ghani and allow America’s 14,000 troops to go home.

Oh yes, and the Americans would apparently release – whether Ghani likes it or not – 13,000 Taliban prisoners. Almost two decades of war have cost the Americans well over 2,000 US military lives. Three months of the Third Afghan War, 100 years ago, cost the British and their Indian allies 236 dead. Almost all of the Afghan casualties then were soldiers of the Amir.

But since 2001, the Afghans themselves have lost around 31,000 innocent souls. And if Khalilzad has his way and secures the Taliban’s promise – that word again – to liquidate Isis, every man, woman and child in Afghanistan stands to be betrayed. That’s certainly the way the Washington Post sees it. Its team of reporters have unearthed enough evidence to convince their editors that Khalilzad’s commitments from the Taliban are weak and will only involve “negotiations” between the Islamists and Ghani’s government about a political settlement and a vague promise of a ceasefire.

It’s all back to American “national interest”: bring Trump’s boys back home and cross our fingers that the good old let-bygones-be-bygones Taliban will crush the thousands of Isis fighters prowling the deserts and mountains of Afghanistan and thus prevent them striking at mainland USA in a second version of 9/11.

Be sure that many millions of dollars will be made available for this forlorn project – and even a few American anti-terrorist squads – before the US has to come back and fight part two of the Fourth Afghan War. Or, if they take up the offer of help from some of America’s most ruthless “contractors”, rely on mercenaries to brutalise Afghanistan all over again on behalf of democracy, freedom and all the other products on Washington’s military supermarket shelves.

There’s only one thing that the reports from Doha don’t mention: the Durand line – the straggling, perplexing, outrageous border more than 1,400 miles in length which Sir Mortimer Durand drew in 1893 between British India (now Pakistan) and Afghanistan.

The line, like all colonial frontiers, bisected people, tribes, families. It divided the home of the Pashtun people – Pashtunistan – and today’s Taliban are Pashtuns. Now that’s something to reflect upon. If Pashtunistan ever exists as a state, it will take part of Afghanistan and part of Pakistan to create it.

Was that discussed at the secret Doha talks? Pakistan would want to know if it was. And what would Isis have to say about that? It is interesting, and quite sinister, that Sunday’s suicide bomber at the wedding house in Kabul came from – Pakistan. 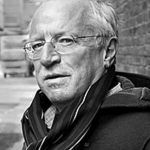 Robert Fisk is an English writer and journalist. He has been Middle East correspondent intermittently since 1976 for various media; since 1989 he has been correspondent for The Independent, based in Beirut.

Robert Fisk is an English writer and journalist. He has been Middle East correspondent intermittently since 1976 for various media; since 1989 he has been correspondent for The Independent, based in Beirut.