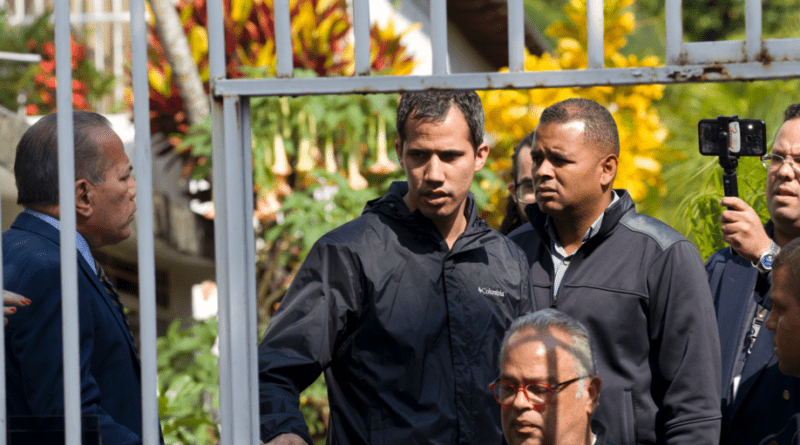 Why is Juan Guaidó not in prison? It is the most frequently asked question these days.

According to our researcher and columnist, Franco Vielma, there is a short and a long answer. Let’s review his theory

The long answer: Guaidó is the main focus of information and bad decisions that Venezuelan intelligence needs to investigate and then dismantle all attacks against the country.

It is Guaidó and his infiltrated entourage, his lines of communication, his contacts, his relatives, his allies, his internal enemies, his rivals in anti-Chavismo, his actions, his movements in public and closed fronts that have provided everything.

If Guaidó is imprisoned today, if he leaves the country or if tomorrow they exchange him for another favorite of Leopoldo López and the United States, the game change would be so abrupt that the reboot would be detrimental, and one would have to start from scratch. It would be a fight against time where we would not have the advantage.

In open politics, Guaidó is necessary for his wear and tear and even so, when faced with a critical level of nullification, he won’t be a major obstacle to political detente and solutions.

Today he is the main focus of the anti-Chavista division and that division is necessary to sustain the republic.

His position today is that of a lone wolf (or rather fool) in Venezuela, his presence is only prolonged by American grace, but it cannot last much longer. The opposition has abandoned him, with exceptions in its entourage of paid employees.

Guaidó then becomes an obstacle that will inevitably have to yield by inertia or force. And in that push is Chavismo and an increasingly evident part of the opposition.

Meaning, the possibility of a political agreement between Chavismo and the G3 or a G2 (remains to be seen) that will de-escalate the blockade and the unavoidable parliamentary election that even the “Acion Democratica” party wants for this year.

If the objective is the preservation of the nation, politics, institutionality and cohesion of the country, then war must be avoided.

A Guaidó imprisoned or dead is useless for anything the country needs today, on the contrary, imprisoned or killed Guaidó only serves to trigger other scenarios.

When Guaidó is finally imprisioned, we will know then that his useful cycle in freedom has been exhausted and he can be finally discarded. We will have to wait but we will see it.

As for the short answer, do you really want to read it? 🧐🤔😅

Featured image: Venezuelan deputy Juan Guaido stands near a gate at the home of one of his key aides, lawyer Roberto Marrero, in Caracas, Venezuela, Thursday, March 21, 2019. Marrero was taken away by intelligence agents in an overnight operation on his home early Thursday. (AP Photo/Ariana Cubillos)