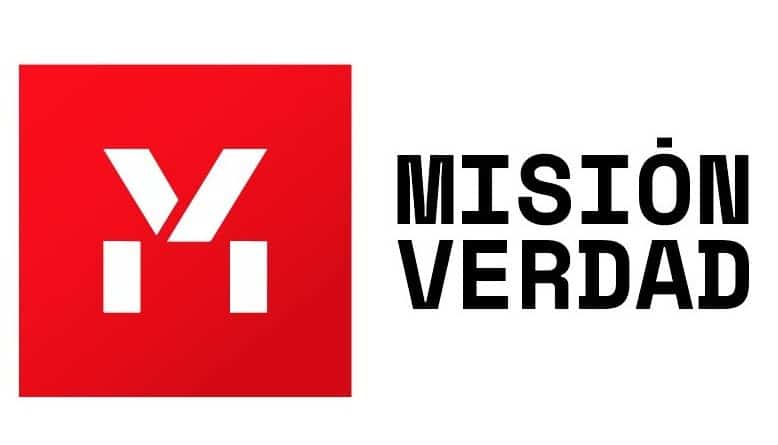 For about a month, our website www.misionverdad.com has been suspended and out of service, and because of this it has interrupted the publication of articles and research that we offer every day with the aim of presenting local and international coverage from a critical and different perspective than the one provided by main stream media.

The causes of this unfortunate situation lie in a chain of sabotage against the state-owned telecommunications company Cantv, which in early February suffered power outages combined with attacks on its physical infrastructure in Venezuela.

The most visible event of this sabotage cascade was the fire caused in the strategic warehouse of Cantv (Flor Amarillo) located in Carabobo state, a situation that the vice president of the Republic, Delcy Rodríguez, did not hesitate to qualify at the time as a terrorist attack due to its serious impact on the operation of telecommunications in the country.

For several years, it has been the state-owned Cantv that provides hosting and server services for MV.

As a result of sabotage, the equipment that supports the operation of the page was severely affected, thereby causing the forced interruption of our website to date.

To further aggravate the situation, Cantv suppliers that must guarantee the repair, replacement and reactivation of the affected equipment, refuse to fulfill their obligations for fear that the US sanctions may impact their business.

MV, as well as Cantv’s specialized staff, are dedicated day by day to get a resolution to the problem to refloat our website as quickly as possible.

The interruption of the page for such a long time and the uncertainty regarding its implementation again in the short term, has been a blow to this team and for this project that is an organic part of the collective memory of the country in times of war.

It hurts that, for the moment, the immense and rigorous record of the war against Venezuela, containing a little more than 3,000 investigations and analyses, is not available to our readers and to all those who use it, inside and outside the nation, as a source of inspiration and political and communicational battle to continue defending the country from those who want to see it destroyed, on the floor, without memory of its own present of which it is the protagonist.

RELATED CONTENT: Delcy Rodríguez: Terrorist Plans Against Services Will Meet the Rejection of the People

MV has been shot in the hybrid and unconventional war which is has continuously covered for the past 7 years; and this confirms to us, right now in our own flesh, that we were never wrong about the intricate and complex future that the country would live after the death of Hugo Chávez. MV was there to tell it, describe it and analyze it from the inside, living it with nerves of steel and suffering all its consequences.

Likewise, the policy of criminal sanctions against Venezuela at the hands of the Trump Administration has had a leading place in the forced interruption of our website. And this also confirms that along with its serious effects on the economy and the daily life of the country, these murderous measures also pursue other purposes of great importance: undermining the memory and sources of inspiration and knowledge of a nation besieged in its spiritual component; to erase their victories, the record of their struggles, their workmanship as a historic actor in the kaleidoscope of contemporary world history.

Far from demobilizing and closing the door, we take on this scenario as a challenge and an opportunity to reinvent ourselves, following the political pulse of a country that resists but is also modified and reconfigures its premises of existence. We assume the responsibility of recounting this transformation process, against the inertia of the mediocre and the exploitation of the stateless person.

For this set of reasons we have migrated to this platform (Medium) to continue publishing our analysis and research while we recover the page, at a rate that we will be doubling in the short term.

As in our first stage and throughout the course of this project, you our readers will be key in promoting and sustaining this new attempt in time, because you and the country deserve it.

We will keep in touch, building our memory.