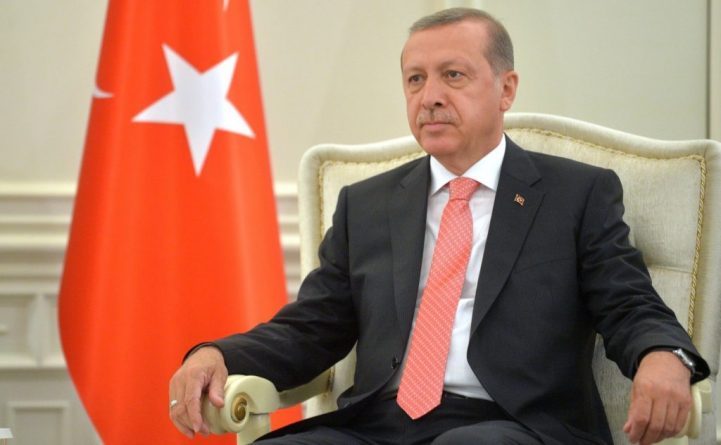 Ankara (GPA) – There has been some confusion lately as to why the Turkish President sometimes says cool things like “Israel is a terrorist state.” Here’s a brief explainer for you:

Let’s start with a question about whatever country you might live in. When do your politicians kick their lies into overdrive?

If you answered ‘election season’ you’d be correct. Currently, Erdogan is in one of these election cycles in Turkey with a short time to go before Turkish citizens head to the polls on June 24th. Erdogan, while likely to win, still has about 50% of his country opposed to his leadership so he needs to lock down as many legitimate votes as possible in the next month.

While in the west you may be used to hearing about bathrooms, abortion, or who will do the imperialism better, here is a quick list of points right-wing Turkish nationalists like Erdogan need to hit in every election:

As I have previously explained:

After this election, Erdogan enjoyed immense popularity and began enacting some of the programs that have maintained his base of support for the last fifteen years. The reforms enacted included popular measures such as making vast improvements to the Turkish healthcare system and launching major infrastructure projects. Economic growth in Turkey under Erdogan eventually rose to a level where the only economies expanding faster were China and India (and Turkey may have surpassed them last year).

With that in mind, it is important to understand that many economists are predicting Turkey’s economy is headed for major slowdowns. While 2017 may have been a stellar year for the Turkish economy, 2016 saw the lowest growth since 2009 and more recently the Turkish lira has hit its lowest level against the US dollar since 2009 although some of this may be caused by Erdogan himself (more on that later).

The Turkish Central Bank is attempting to hold off this inflation and has implemented a massive rate hike from 3.5 percent to 16.5 percent in an emergency meeting yesterday. This is still unlikely to be enough to stop the inflation in turkey (currently at 10.85 percent) and despite these efforts, the lira continued to fall after the bank’s announcement.

Since all of this was in the span of a day, it makes sense that Erdogan would move his election up a year in anticipation of where the economy could be next year. The real state of the Turkish economy also needs to be taken into consideration when Erdogan blusters that “he will cut all economic ties with some countries” (again, more on that later).

When Erdogan isn’t using more standard fare issues like the economy to help his chances, he also likes to scapegoat. One of his favorite targets of this is the Kurds, who he consistently labels as ‘terrorists,’ regardless of their affiliation if they even have one. While the current fighting between the Turkish military and PKK militants inside of Turkey is highly under-reported, one operation against the Kurds that Erdogan likes to talk about is Operation Olive Branch in northern Syria.

Olive Branch is one of these recent examples where Erdogan did and/or said in regards to the illegal US occupation of northern Syria with the help of the primarily PKK-led Kurdish forces. In this case, Erdogan was actually doing good (messing up US plans) while doing something primarily with the hopes of appeasing his nationalist base (literally bashing the Kurds and also illegally occupying Syrian territory).

However, since the Afrin operation began a while ago, its focus in the minds of Turkish nationalists may not be strong enough to secure as many of their votes as Erdogan would like. Luckily for Erdogan, another opportunity to throw some red meat to his base has presented itself in the form of US President Donald Trump’s Israel policy.

This one may not apply to all Turkish politicians, but when your party is an affiliate of the Muslim Brotherhood like Erdogan’s Justice and Development Party (AKP), bashing Israel can score you some points – whether its sincere or not is another matter.

Erdogan began his most recent round of condemnation of Israel following Trump’s decision to move the US embassy to Jerusalem. Obviously, the AKP and Muslim Brotherhood opposed this decision – for good reason – and Erdogan even went as far as expelling the Israeli ambassador and calling his envoys home.

Now on the surface level, this might almost seem cool. But like with everything Erdogan does, there is fine print to this especially when it comes to Turkish-Israeli relations. Erdogan may have spent the last few weeks kicking out ambassadors and saying he’d cut ties with Israel, but even this statement included the caveat that the decision won’t be announced until after the election (which shows some real confidence on the President’s part).

Much like anytime Erdogan says or does something that seems cool, this latest dust-up is likely just a consequence of the man’s domestic political strategy. Erdogan says many cool and horrible things inside Turkey but he often claims that the most outrageous statements are meant for internal Turkish consumption only, maybe it is about time people start remembering this and taking it seriously before assuming Erdogan plans to roll Turkish troops into Tel Aviv.