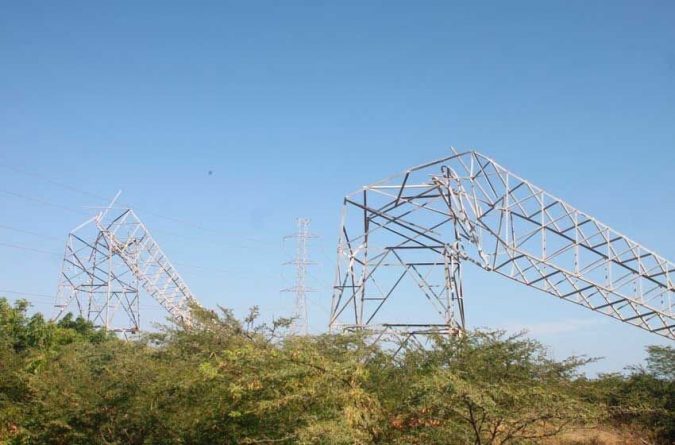 The Minister of Electric Energy, Luis Motta Domínguez, denounced on Sunday, a plan to sabotage the Christmas festivities for the inhabitants of Zulia state, which began with the demolition of five electric towers of the Peonias-Cuatricentenario line, in the Mara municipality. In a telephone interview with Venezolana de Televisión [VTV], he indicated that this act of sabotage is a plan financed from Colombia.

“There is a plan whose objective is to replicate the situation of a year ago, when they sabotaged the electrical installations and cause discomfort to the Zulian people, disturb the peace. In the early hours of today (Sunday), criminal hands again attacked the electric system in Zulia, “he emphasized.

He recalled that two electrical stations Termozulia and Cuatricentenario had been sabotaged several days ago, and with this they shot down five electric towers, from the Peonias – Cuatricentenario line.

“The action is repeated, exactly one year ago on the eve of the 24th, they cut the sublacustrine cable. There is no doubt that these acts of sabotage are financed from Colombia as demonstrated when capturing the band that cut the underwater cable of Lake Maracaibo,” the minister said.