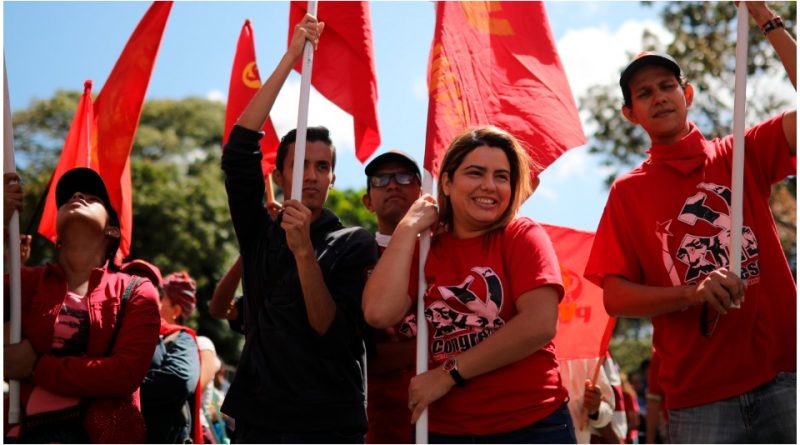 Trump’s first problem when his administration launched a full-scale effort earlier this year to overthrow the Venezuelan government was that he was working against history. Since the months before the presidential elections in that country in 1998 up to now, the U.S. has repeatedly failed to thwart that country’s “Bolivarian Revolution.” Trump, in fact, is a latecomer to that ongoing effort.

When Hugo Chávez was running for president of Venezuela in 1998, he ran on a platform for social transformation, including agrarian reform and nationalization of major industries, and the use of state oil industry profits to lift the living standards of farmers and workers. U.S. President Bill Clinton’s Secretary of State, Madeleine Albright, declared that the U.S. “will never allow a situation in which Chávez becomes president of Venezuela.”

Without getting into what the U.S did, openly with pronouncements from Albright or covertly, the plan to prevent a Chávez victory at that time obviously did not work. He was swept into office by the country’s voters.

The next step for the U.S. administration was to announce that it would attempt to work with Chávez for the betterment of both U.S. and Venezuelan interests.

In an exclusive interview with People’s World here last weekend, Carolus Wilmer, chair of the International Department of the Communist Party of Venezuela, said of the U.S. intentions at the time: “Nothing could be further from the truth. They went on a relentless campaign to corrupt Chávez, offering him all kinds of personal favors and wealth if he would stop using his immense personal popularity to push socialist and revolutionary ideas.” We interviewed Wilmer at the Avante! Festival in Portugal, a huge annual Communist cultural gathering here.

When Plan A, the attempt to corrupt, failed, the U.S. launched Plan B: A full-scale fascist coup in 2002 was engineered with the support of the U.S. State Department and carried out by a group of army generals who were less resistant to U.S. bribery than Chávez had been. With the assistance of covert U.S. “operatives,” they grabbed and imprisoned the elected president of their country and held him under lock and key.

The U.S.-backed coup was horribly executed and almost incredibly bungled because Venezuelan soldiers who the U.S. thought were backers of their coup attempt were, in fact, loyal to the Chávez government and helped him escape. Once free, the overwhelming majority of the military responded to the Chávez call to arrest the coup leaders, and the elected Bolivarian government was quickly restored. Hundreds of thousands celebrated in the streets of cities and towns across the country.

“Imagine that,” said Wilmer, “Chávez was a prisoner actually in the hands of the U.S., the most powerful country in the world, but they could not overcome the united support of the people on the one hand and the effectiveness of a patriotic military made up of workers and farmers.”

According to Wilmer, the U.S.’ attempts to effect regime change only intensified after the death of Chávez in 2013. Nicolás Maduro was elected to replace Chávez and was since re-elected but has faced continuing attacks from the U.S.

“The first of these came in a big way in 2015 when President Obama issued his executive order describing Venezuela as a major threat to U.S. security,” Wilmer explained. “What was the threat? That we would not turn over our nationally-owned oil company to the oil companies that have so much influence over the U.S. government?

“No, what they have always wanted was the wealth of Venezuela, our oil, minerals, our huge and precious bio-diversity, our geographic position.”

Wilmer said the U.S. has never really given up on the Monroe Doctrine of 1823 under which then President James Monroe declared that anything that happens in the Western Hemisphere is under the purview of the United States.

He said the protest movements opposing the Maduro government that sprang up in Venezuela starting in 2017 were motivated by some serious and legitimate economic concerns but that attempts were made, with U.S. support, to turn them into something they were not—calls for actual U.S. intervention. The sanctions imposed by the Obama administration and stepped up by Trump have hurt the country economically, he said. The drop in oil prices worldwide has also had a major effect.

“Legitimate concerns have been exploited by a variety of fascist-leaning groups,” Wilmer said. “In fact, the Trump administration’s announcement that it recognizes Juan Guaidó as the legitimate president of Venezuela is interesting because he does not have broad support in my country. He heads up a small fascist minority in the parliament. His repeated calls for a popular uprising against the Maduro government are not getting a response because even many who have problems with the Maduro government had no desire for the U.S. to come in and set up a puppet regime.”

Wilmer was asked why the Venezuelan military has been so supportive of the elected government of President Maduro. “It is because of their composition—they are patriotic workers and farmers—and because from the first days after the first Chávez election, everyone in the military underwent extensive education and training in democracy, socialism, and Marxism. They learned that patriotism is both love of country and love of the people. The armed forces are professional and educated defenders of the Venezuelan people. That is something that Trump and John Bolton [Trump’s national security adviser who has been calling for regime change in Venezuela] don’t get.”

Wilmer admits that there are big problems in Venezuela, though. “In the Communist Party, we do not agree with everything the government does. We would like to see a more diversified, less oil-dependent, economy. We recognize the big improvements since Chávez was elected, including in education, health, and many other areas, but we say that what we are experiencing is a crisis of capitalism. We don’t have socialism in Venezuela. The left has control of the government, but the right wing still has control of the economic power. Capitalist enterprises can raise prices without the government being able to respond. What we have is a social-democratic government with some real left tendencies, but we need to move the revolutionary process forward.”

Wilmer says there is a “real possibility” but “no guarantee” that the revolutionary process will actually move forward. The hopeful side of the equation, he said, is that there is a base of support for this direction: the 5,000,000 people who backed the government in the most recent elections. “These are workers and farmers with a high degree of consciousness, and they oppose U.S. intervention and want to see a socialist society.”

Wilmer said that another thing Trump does not understand is the energy and confidence international support gives to the Venezuelan people. “We are grateful for the support from U.S. peace groups and the people who held our embassy in Washington recently when the U.S. kicked out the legitimate representatives.”

He also said international support in the form of “economic aid from China and military support from Russia cannot be discounted.”

He said that despite his party’s difference with the Maduro government, it remains “totally” in support of the government’s refusal to yield power to U.S. interventionists.

Wilmer agreed that also connected to Trump’s failure to achieve regime change in Venezuela are his own problems with growing support for socialism back in the USA.

There are reports in the media that Trump has told close advisers that “socialism” might not be so easy to beat in his own 2020 re-election bid. In a recent article in the Daily Beast, Asawin Suebsaeng and Sam Stein reported sources close to Trump have quoted the president as telling them socialism may be appealing to people because even many of those who like him (Trump) “like free stuff better.”

Despite Trump’s trashing of Democratic presidential candidates Elizabeth Warren and Bernie Sanders as “communists and socialists,” polls in the U.S. show socialism is as popular, if not more popular, than Trump himself. 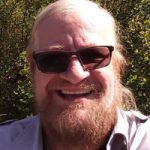 John Wojcik is editor in chief at Peoplesworld.org. He started as labor editor of the People's World in May, 2007 after working as a union meat cutter in northern New Jersey. There he served as a shop steward, as a member of a UFCW contract negotiating committee, and as an activist in the union's campaign to win public support for Wal-Mart workers. In the 1970s and '80s he was a political action reporter for the Daily World, this newspaper's predecessor, and active in electoral politics in Brooklyn, New York.

John Wojcik is editor in chief at Peoplesworld.org. He started as labor editor of the People's World in May, 2007 after working as a union meat cutter in northern New Jersey. There he served as a shop steward, as a member of a UFCW contract negotiating committee, and as an activist in the union's campaign to win public support for Wal-Mart workers. In the 1970s and '80s he was a political action reporter for the Daily World, this newspaper's predecessor, and active in electoral politics in Brooklyn, New York.