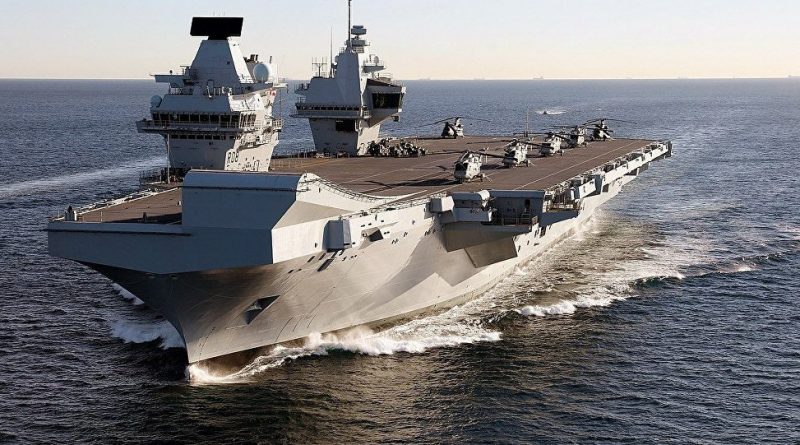 China has had longstanding tensions with the US over similar maritime military deployments in proximity to its own military bases in the disputed waters of the South China Sea.

Chinese Defence Attaché to the UK Su Guanghui has warned London that its decision to send the HMS Queen Elizabeth aircraft carrier to the South China Sea would be seen as “hostile action” in Beijing. He added that such moves violate the “sovereignty and territorial integrity” of China.

The British Ministry of Defence announced the carrier’s deployment to the region by 2021 as part of the country’s participation in freedom of navigation operations, also being conducted by the US and Australia. However, China’s ambassador to the UK Liu Xiaoming dismissed the claims that such operations promote freedom of movement in shipping lanes.

“The South China Sea is a vast ocean […] we have no objection to people sailing around there but do not enter Chinese territorial waters within 12 nautical miles. If you don’t do that, there shouldn’t be a problem. The South China Sea is wide enough to have free navigation of shipping”, Xiaoming said.

The UK and China have already had a conflict over the Royal Navy’s actions in the South China Sea (SCS), namely over the HMS Albion amphibious assault ship sailing near the Paracel Islands, a disputed archipelago currently controlled by China. Beijing also has tensions with the US over freedom of navigation operations in the sea, calling them “provocations”.

Despite China’s protests, Washington continues to conduct the operations, accusing Beijing of aggressive military expansion in the region, including via the construction of artificial islands. China insists that its military installations in the SCS are purely “defensive”.

Sovereignty over the various islands and areas of the South China Sea, which is important due to the many maritime trade lanes going through it, is claimed to various extents by Brunei, Taiwan, Malaysia, Indonesia, the Philippines, and Vietnam, but most of the region is currently controlled by China. The latter doesn’t recognise the rulings of international bodies, such as by the South China Sea Arbitration that denied Beijing’s claim to the so-called Nine-Dash Line territories in the SCS.